German-American film character actor who appeared in over 140 films in 72 years, both silent and sound. His trademark was to slap his mouth with the palm of his hand to create a "pop" sound.

Born in Berlin, Germany, Feld began his acting career in Germany in 1917, making his screen debut in Der Golem und die Tänzerin (The Golem and the Dancing Girl). Feld filmed the sound sequences of the Cecil B. DeMille film The Godless Girl (1929), released by Pathé, without DeMille's supervision since DeMille had already broken his contract with Pathé, and signed with Metro-Goldwyn-Mayer.

He developed a characterization that came to define him. His trademark was to slap his mouth with the palm of his hand to create a "pop!" sound that indicated both his superiority and his annoyance. The first use of the "pop" sound was in If You Knew Susie (1948).

Feld often played the part of a maître d', but also a variety of aristocrats and eccentrics; his characters were indeterminately European, sometimes French and sometimes Belgian but always with his particular mannerisms. In the 1938 screwball comedy Bringing Up Baby he played the role of Dr. Lehman. In 1939 He appeared with the Marx Brothers in At The Circus in the small but memorable role of French orchestra conductor Jardinet. In one 1967 episode of The Man from U.N.C.L.E., "The Napoleon's Tomb Affair", Feld played a banker, a beatnik, a diplomat and a waiter. The episode also featured Ted Cassidy from The Addams Family.

In his later years, Feld appeared in several Walt Disney films and also played an uncharacteristically dramatic role in Barfly. In addition to films, he acted in numerous television series in guest roles, including the recurring role of "Zumdish", the manager of the intergalactic Celestial Department Store on Lost In Space, in two Season 2 episodes, The Android Machine and The Toymaker. Zumdish returned in the Season 3 episode Two Weeks In Space, where he has been brainwashed by bank robbers into believing he is a tour director taking the robbers on holiday.

He also portrayed one of the Harmonia Gardens waiters in the movie Hello Dolly!, which starred Barbra Streisand, Walter Matthau, Michael Crawford (who would later become the Phantom of the Opera), Danny Lockin, Tommy Tune, Marianne McAndrew, E. J. Peaker and Louis Armstrong.

Feld made his final film appearance in 1989.

He was married to Virginia Christine who was twenty years his junior and famous for her role as "Mrs. Olson" in television commercials for Folger's Coffee, from 1940 until his death in 1993 in a convalescent home in Los Angeles, California; Christine died in 1996. The couple are interred at the Jewish Mount Sinai Memorial Park Cemetery in the Hollywood Hills section of Los Angeles.

He was the younger brother of the art director Rudi Feld.

Feld was a strong enough amateur chess player that 1948 U.S. champion Herman Steiner and international master George Koltanowski would come to his home some evenings in the 1940s, with the three of them playing chess until 6 o'clock the following morning, as mentioned in The Bobby Fischer I Knew and Other Stories (Denker & Parr, 1995).

Is Fritz your ancestor? Please don't go away!

ask our community of genealogists a question.
Sponsored Search by Ancestry.com
DNA
No known carriers of Fritz's ancestors' DNA have taken a DNA test. 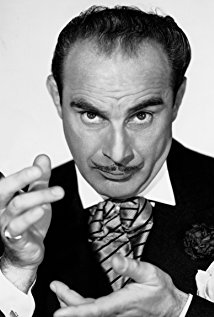 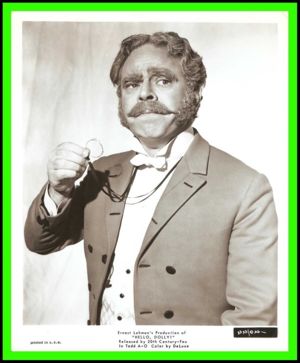