Emily Murphy was a Canadian women's rights activist, jurist, and author. In 1916, she became the first female magistrate in Canada and in the British Empire. She is best known as one of the Famous Five who petitioned the Supreme Court of Canada in 1927 to answer the question whether women were [1]"persons" under Canadian law.

Emily (Ferguson) Murphy was a part of the Suffragette Movement.

Emily Murphy, born in Cookstown, Ontario, Canada, was the daughter of Isaac and Emily Ferguson.[2] Her father was a successful businessman and property owner. She was educated at the Bishop Strachan School in Toronto. In 1887 she married [3] Reverend Arthur Murphy. After Arthur was transferred to Winnipeg, Manitoba, she became the literary editor of a local paper.

In 1911, the [4]Alberta legislature passed a Dower Act protecting a wife's right to a one-third share in her husband's property because of persistent public pressure organized by Emily Murphy. Emily was also prominent in the suffrage movement, as well as a longtime executive member of the Canadian Women's Press Club president 1913-20, the National Council of Women of Canada, the Federated Women's Institutes of Canada first national president and over 20 other professional and volunteer organizations.

Emily Murphy was appointed [5] police magistrate for Edmonton and then Alberta in 1916, the first woman magistrate in the British Empire. She became a member of the Equal Franchise League to obtain the vote for women. Between 1916 and 1922, all provinces except Quebec and Newfoundland, then a separate colony, granted women the right to vote in provincial elections.

Emily and human rights activist Nellie McClung, Louise McKinney, women's rights campaigners Henrietta Edwards and Irene Parlby signed a petition asking the Supreme Court Does the word 'person' in Section 24 of the British North America Act include female persons? This became known as The [6]Persons Case and reached the Supreme Court of Canada on March 1928. The Court held that women were not qualified to sit in the Senate. The five women then appealed to the Judicial Committee of the Privy Council in Britain.[7]On 18 October 1929, the Privy Council declared that women were considered as persons" under the BNA Act and were eligible to serve in the Senate. These five Candian women became known as the Famous Five.

Emily Murphy never did become a senator.Cairine Wilson would be the only woman appointed to the Senate before Emily Murphy's sudden death in Edmonton on October 26, 1933.

Sponsored Search by Ancestry.com
DNA Connections
It may be possible to confirm family relationships with Emily by comparing test results with other carriers of her mitochondrial DNA. However, there are no known mtDNA test-takers in her direct maternal line. It is likely that these autosomal DNA test-takers will share some percentage of DNA with Emily: 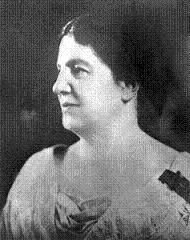 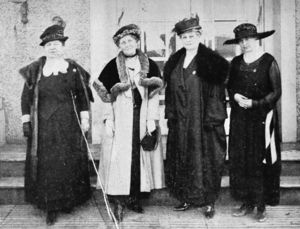