This profile is a work in progress. If you have additions, corrections or suggestions, please leave a message on the public bulletin board of the profile.

According to the book written by Millard Fillmore: “Little I believe is known of the genealogy of the Fillmores, as the family has been quite too obscure to make it an object to trace its pedigree. I know nothing beyond my great grandfather, John Fillmore, a native of Ipswich, Mass…” He cites a book written in 1857 by Dr. Ashbel Woodward of Franklin, Connecticut, contributed to the New England Historical New England Genealogical Register a “Memoir of Captain John Fillmore, with a Genealogy of the Fillmore Family” as a source for much of Millard Fillmore book about his father.[1]

Served as the Comptroller for the state of New York

After the Whig party disliked Fillmore for his views and politics, he was with the American Party and ran for President in 1856 with them. He lost, coming in third in the popular vote for president... From Wikipedia about the American Party:

The American Party, commonly known as the Know-Nothing Party, was an American nativist political party that operated in the mid-1850s. It was originally anti-Catholic, prejudiced against other nationalities, and against immigration. The movement was briefly a major political party in the form of the American Party. Followers of the movement were to reply "I know nothing" when asked about its specifics by outsiders, thus providing the group with its most common name.

The Know-Nothings believed a "Romanist" conspiracy was in progress, trying to undermine the power and authority of civil and religious liberty in the United States and wanted to politically organize native-born Protestants in a defense of their traditional religious and political values. It is remembered for this theme because of fears by Protestants that Catholic priests and bishops would control a large amount of voters. In most places, Know-Nothingism lasted only a year or two before disintegrating because of weak local leaders, few publicly declared national leaders and a deep split over the issue of slavery. In the South, the party did not focus on anti-Catholicism, but was the main alternative to the dominant Democratic Party.

The collapse of the Whig Party after the Kansas–Nebraska Act passed left an opening for a new major party in to oppose the Democrats. The Know-Nothings elected congressman Nathaniel P. Banks of Massachusetts and many others in the 1854 elections and created a new party known as the American Party. Particularly in the South, the American Party served as a party for politicians who disagreed with the Democratic Party. Many also hoped that it would seek a middle ground between the pro-slavery positions of many Democratic politicians and the anti-slavery positions of the emerging Republican Party. The American Party nominated former President Millard Fillmore in the 1856 presidential election, although he kept quiet about his membership. Fillmore received 21.5% of the popular vote in the 1856 presidential election, finishing behind the Democratic and Republican nominees.

The party quickly declined after the 1856 election. The 1857 Dred Scott v. Sandford decision further aroused opposition to slavery in the North, where many Know Nothings joined the Republicans. Most of the remaining members of the party supported the Constitutional Union Party in the 1860 presidential election. (the CU party tried to be a balanced view between North and South to keep unity.)

Sponsored Search by Ancestry.com
DNA
No known carriers of Millard's DNA have taken a DNA test. 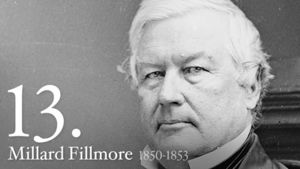 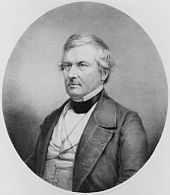 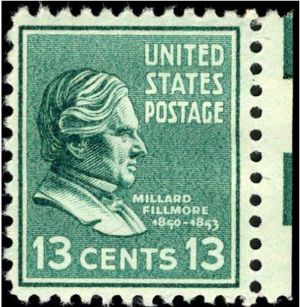 Leave a message for others who see this profile.
There are no comments yet.
Login to post a comment.
Star Kline
Please consider adding President Fillmore to the Cemeteries Project by adding "Category: Forest Lawn Cemetery, Buffalo, New York"
posted Jul 28, 2014 by Star Kline

Ed Burke
We need specific sources for the personal details section of this profile
posted Sep 25, 2012 by Ed Burke