Magilbry was born in South Carolina[1] about 1796. He died 16 Jan 1884, and although the Covington county, Alabama courthouse burned after this date, his descendants are lucky in that his granddaughter Julia Thames filed documents that led to the probate of his estate 20 years after his death in 1905. Magilbry's is the first probate record in the files for the county after the last courthouse fire, making it the oldest as well. Magilbry's line has been Y DNA tested and validated through two of his sons. In addition, numerous of his descendants have done atDNA ancestry testing which can be done by both males and females.

Y DNA testing has validated the family lineage back to Magilbry, however, beyond that advanced SNP testing along with Y STR marker testing indicates that the surname is likely Bradley (or the variant Broadley) which may explain why we have been unable to find records for Magilbry in records with a Findley surnamed father.

Magilbry served in Capt. D. Felder's South Carolina Militia and saw action at the Battle of Pensacola, Florida and New Orleans, Louisiana as part of Andrew Jackson's Army during the war of 1812. The Alabama Archives in Montgomery, AL has the flint-lock rifle Magilbry used in this war in their permanent artifact collection in the Department's Museum & Educational Programs Division. The rifle was donated to the Archives in 1989 by Mary Evelyn Mason Lee, a descendant of Magilbry. They also have copies of pension papers (1812), which I donated, in the private records collection in the Department's Archival Services Division.[2][3] 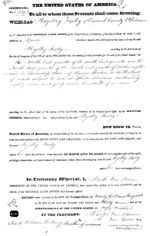 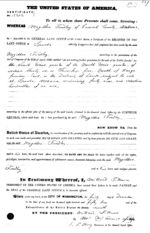 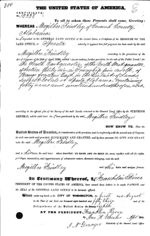 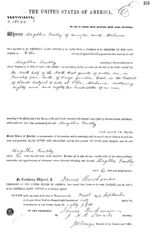 Magilbry wrote his will on 22 Jul 1870 and it reads as follows (see http://trackingyourroots.com/data/magilbry.htm):

page 1
The State of Alabama Covington County In the name of God, Amen I, McGilbra Finly, of the county of Covington and State of Alabama being advanced in life and knowing the certainty of death and being of sound body and mind do this day make and publish this as my last will and testament in revocation of all other wills made or signed by me.

1st. I hereby give and bequeath my soul to God who gave it.

2nd. It is my will and desire that for and in consideration of the love and affection that I bear towards my beloved wife

3rd. It is my will and desire for the love and affection that I bear towards my daughter Mary Johnson I give unto her and the heirs of her body the following described property towit: The North East quarter of the South west quarter and South East quarter of the North west quarter section 36 T.5 R.14 in the County of Covington, Ala and I further give and bequeath unto Mary Johnson and the heirs of her body one mare colt now in my possession.

page 3
4th. I give and bequeath unto John Finle, William Finle, Martin Finle, Bluford Finle, George Finle, Mahala Craker, Sealy Franklin, Martha Harvill, and the heirs of Riley Finly , Deceased, all being my lawful heirs all the other property that I may be possessed of at the time of my death both real and personal except that above given to my wife Sarah Finle, and my daughter Mary Johnson. Said division being made equal between all of said heirs as above directed. In testimony whereof I have hereunto set my hand and affix my seal in the presence of C.S. Thomasson and James M.K. Little on the 22nd day of July 1870. McGilbre Finle (his mark) We the undersigned McGilbra Finle signed his name and at his request witnessed the same. C.S. Thomasson James M.K. Little

State of Alabama Covington County I, J.M. Robinson Jr, Judge of Probate in and for said County do hereby certify that the written instrument of writing has this day in said Court and before me as the Judge thereof been duly proven to be the genuine last will and testament of McGilbie Finly, Deceased, and that said will together with the proof thereof has been recorded in my office in Book of Probate Minutes on page 164. In witness thereof I have hereunto set my hand and seal of said Court. This the 19th day of Feby. 1906. J.M. Robinson Jr. Judge of Probate

In seeking a source for Magilbry's unusual name, I always take note of any possible clues and recently found an interesting item in a book I was reading. It references Brewer's history of Coosa County as telling of a diary owned by an early pioneer named Joel Spigener in which he tells of attending a green corn dance five miles above Wetumpka in 1834 where the presiding chief was Magilberree.[14]

Is Magilbry your ancestor? Please don't go away!

ask our community of genealogists a question.
Sponsored Search by Ancestry.com
DNA Connections
It may be possible to confirm family relationships with Magilbry by comparing test results with other carriers of his Y-chromosome or his mother's mitochondrial DNA. Y-chromosome DNA test-takers in his direct paternal line on WikiTree: It is likely that these autosomal DNA test-takers will share some percentage of DNA with Magilbry: 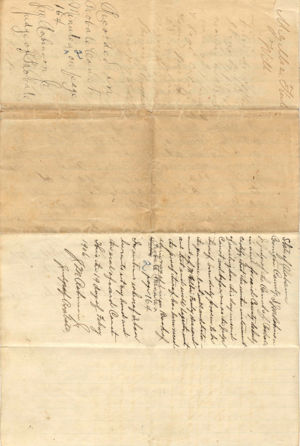 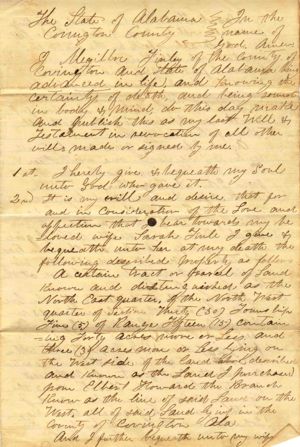 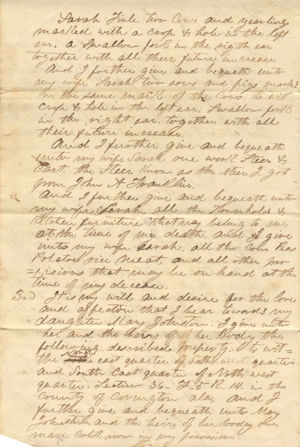 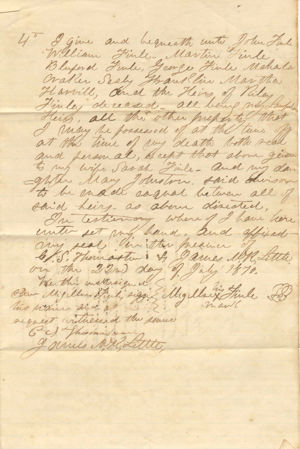 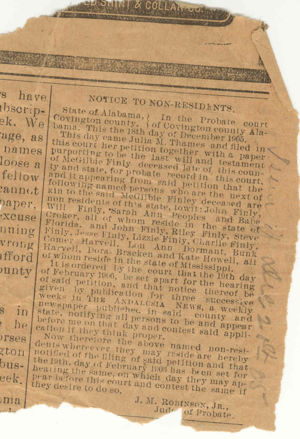