Richard FitzAlan was a member of aristocracy in the British Isles.

RICHARD FITZ ALAN (or DE ARUNDEL [Footnote 25] Earl Richard Fitz Alan (FitzAlan) above, his father and grandfather all employed the surname Fitz Alan . In the 1270's, Earl Richard's father was styled John "Fitz Alan de Arundel" in several records [see C.P.R. 1272-1281 (1901): 11, 96, 161, 331]. In 1291 Earl Richard received a grant addressed to him as "Richard de Arundel, Earl of Arundel" [see C.P. 1 (1910): 241]. In the same period, 1291-1302, Earl Richard's brother, John, was likewise styled John de Arundel [see Rees Cartulary of Haughmond Abbey (1985): 227]. Following Earl Richard's death in 1302, the family dropped the surname Fitz Alan in favor of de Arundel (or simply Arundel). The last known use of the name Fitz Alan by any member of this family dates c.1312-3, when Earl Richard's son, Edmund, brought a writ as "Edmund Fitz Alan" [see Year Books of Edward III 12 (Rolls Ser. 31b) (1905): 518-521]. Thereafter, all further references to this family employ the surname Arundel to the complete exclusion of the surname Fitz Alan. Specifically, Earl Richard's son Edmund (died 1326), both of his brothers, two of his sons and all four of his grandsons all employed the Arundel surname. Edmund's sister Alice is likewise styled "de Arundel" in an ancient Segrave Family ped. VCH Surrey 1 (1902): 348, footnote 1 observes that Richard's son and heir, Edmund, is "commonly called Fitz Alan but the real designation of the family was then de Arundel." Nicholas, a well known antiquarian, states: "This family presents a singular instance of adopting the name of their title as the surname of the family, for after the marriage of John Fitz-Alan, Lord of Clun, with Isabel, the sister and co-heir of Hugh D'Albini, Earl of Arundel, all the descendants called themselves Arundel instead of Fitz-Alan" [see Nicolas Testamenta Vetusta 1 (1826): 105]. "J.G.N." in Gentleman's magazine 103 Oxfordshire, etc., ....... [4]

"The bodies of both Richard and Alesia were at Haughmond Abbey, Shropshire, by 1341, when provision was made for 12 candles to burn in the church of Haughmond around their tombs [6]"

m. before 1285 Alice of Saluzzo (a.k.a Alesia di Saluzzo, dau Thomas I of Saluzzo in Italy) Issue:

Feudal Lord of Clun and Oswaldestre 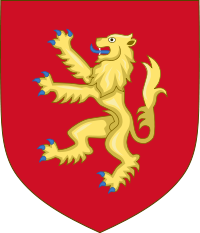 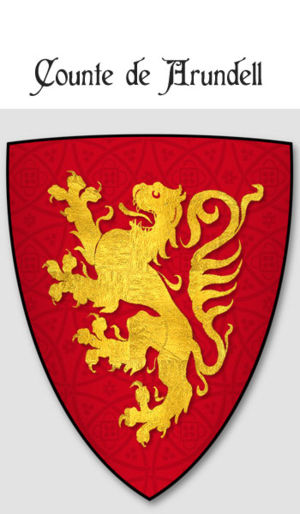 Bob Fields
Profiles for people born over 200 years ago should be open privacy. His sons and brothers are all from the Middle Ages. Thanks.
posted Nov 20, 2013 by Bob Fields

Bob Fields
Profiles for people born over 200 years ago should be open privacy. Thanks.
posted Nov 20, 2013 by Bob Fields

Richard is 20 degrees from Cecil B. DeMille, 27 degrees from Rosalie Neve and 8 degrees from Henry VIII of England on our single family tree. Login to find your connection.