Born on July 22, 1890, in Boston, Rose Kennedy was the grande dame of contemporary American politics, seeing three of her children find great success. Success came with even more tragedy for Kennedy, as she lost two children in the 1940s and sons John and Bobby were assassinated in the 1960s. She died at age 104 and is survived by five of her children, 28 grandchildren, and 41 great-grandchildren. Kennedy's steely determination and abiding belief in God made her the embodiment of the Irish Catholic tradition in the United States. A spirited activist, an effective campaigner, and a dedicated fund-raiser -- especially for charities assisting the mentally handicapped -- she stood as a symbol of Democratic politics at its best. But Kennedy is probably most remembered for her unswerving devotion to her family. As her son John, the nation's first Catholic president, once put it, she functioned as "the glue that...always held the family together."

Rose Kennedy was the eldest child of John "Honey Fitz" Fitzgerald, a prominent figure in Boston politics who served one term as a congressional representative and later became the city's mayor. Kennedy grew up in the political spotlight, accompanying her father to various partisan functions while she was still a teenager. After graduating from high school at the age of 16, she wanted to attend the prestigious Wellesley College but was sent by her parents to Boston's Convent of the Sacred Heart. She later studied French and German at a convent school in the Netherlands. Upon her return to the States, Rose fell for a saloon keeper's son named Joseph P. Kennedy. Although her father respected the young man's ambition -- Joe Kennedy became the youngest bank president in U.S. history -- he never liked the young businessman and disapproved of the relationship.

Rose continued dating Kennedy against her father's wishes, and in 1914 the couple was married. They had nine children during their 55-year-long marriage. Joe Kennedy became a multi-millionaire financier. He attracted considerable attention with his sometimes questionable business dealings -- he is said to have dabbled in bootlegging -- and alleged philandering. Unruffled by public speculation, Rose immersed herself in the business of raising her family. She schooled her children in the history of the American Democratic tradition and went on to nurture the political ambitions of three sons -- John, Robert, and Edward -- vigorously promoting their careers through grass roots campaigning. [1]

Rose Elizabeth Fitzgerald: born Boston 22 July 1890; married 1914 Joseph Kennedy (died 1969; one son, four daughters, and three sons and one daughter deceased); died Hyannis Port, Massachusetts 22 January 1995. Rose Kennedy was the matriarch of America. She lived well past her hundredth year, and in that century she experienced everything American life had to offer of triumph, trial and tragedy.

In her later years she devoted herself to the family, as always, and to the Kennedy Foundation, which helps the mentally handicapped. She suffered five strokes, and required continuous nursing. But her spirit remained indomitable, and her faith unshaken. In July 1990 more than 370 family and friends gathered at Hyannis to celebrate her centenary. They included her sole surviving son, Edward; three of her daughters; 28 grandchildren and 22 great-grandchildren. They sang Irish songs and watched an 18-minute video of her life specially made for the occasion.

Sponsored Search by Ancestry.com
DNA Connections
It may be possible to confirm family relationships with Rose by comparing test results with other carriers of her mitochondrial DNA. However, there are no known mtDNA test-takers in her direct maternal line. It is likely that these autosomal DNA test-takers will share some percentage of DNA with Rose: 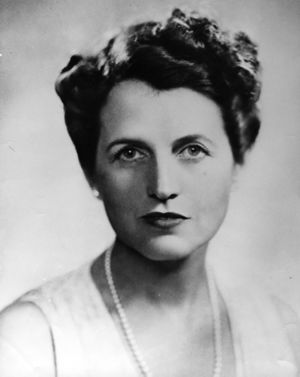 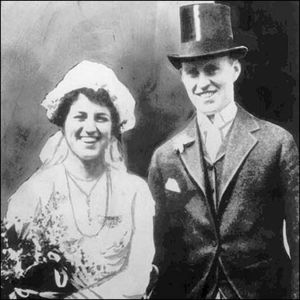