Victor Fleming was born at the Banbury Ranch near what is now La Cañada Flintridge, California, the son of Eva (née Hartman) and William Richard Lozno Fleming.

Career: He served in the photographic section during World War I, and acted as chief photographer for President Woodrow Wilson in Versailles, France. He showed a mechanical aptitude early in life; while working as a car mechanic, he met the director Allan Dwan, who took him on as a camera assistant. He soon rose to the rank of cinematographer, working with both Dwan and D. W. Griffith, and directed his first film in 1919.

Many of his silent films were action movies, often starring Douglas Fairbanks, or Westerns. Because of his robust attitude and love of outdoor sports, he became known as a "man's director"; however, he also proved an effective director of women. Under his direction, Vivien Leigh won the Best Actress Oscar, Hattie McDaniel won for Best Supporting Actress, and Olivia De Havilland was nominated.

Metro-Goldwyn-Mayer: In 1932, Fleming joined MGM and directed some of the studio's most prestigious films. Red Dust (1932), Bombshell (1933), and Reckless (1935) showcasing Jean Harlow, while Treasure Island (1934) and Captains Courageous (1937) brought a touch of literary distinction to boy's-own adventure stories. His two most famous films came in 1939, when The Wizard of Oz was closely followed by Gone With the Wind.

One of the most infamous examples of his well known male chauvinism occurred on the set of The Wizard of Oz when he viciously slapped Judy Garland across the face for giggling uncontrollably at the sight of Bert Lahr in his Cowardly Lion costume. He later confided to others that he was deeply embarrassed by his handling of the situation.

Fleming's version of Dr. Jekyll and Mr. Hyde (1941), with Spencer Tracy, was generally rated below Rouben Mamoulian's 1931 pre-code version, which had starred Fredric March. Fleming's 1942 film version of John Steinbeck's Tortilla Flat starred Tracy, John Garfield, Hedy Lamarr, and Frank Morgan. Other films that Fleming made with Tracy include Captains Courageous (for which Tracy won his first Oscar), A Guy Named Joe, and Test Pilot. He directed Clark Gable in a total of five films – Red Dust, The White Sister, Test Pilot, Gone with the Wind, and Adventure.

He died suddenly, while en route to a hospital in Cottonwood, Arizona after suffering a heart attack on January 6, 1949. His death occurred shortly after completing Joan of Arc (1948) with Ingrid Bergman, one of the few films that he did not make for MGM. Despite mixed reviews, Fleming's film version of the life of Joan received seven Academy Award nominations, winning two.

ask our community of genealogists a question.
Sponsored Search by Ancestry.com
DNA
No known carriers of Victor's ancestors' DNA have taken a DNA test. 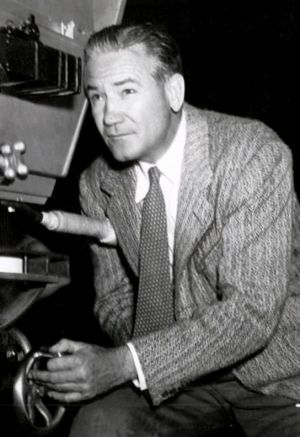 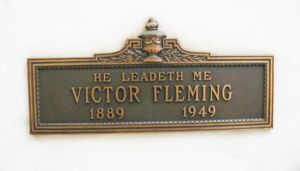