Matthew Flinders was an Australian explorer.

Captain Matthew Flinders RN was the first to circumnavigate Australia and identify it as a continent. He made three voyages to the Southern Ocean.

In his own words, he was "induced to go to sea, against the wishes of my friends, from reading Robinson Crusoe."

In 1789 when he was fifteen he joined the Royal Navy. Flinders' first voyage to New South Wales, and first trip to Port Jackson, was in 1795 as a midshipman aboard HMS Reliance. He became friends with the ship's surgeon George Bass. Bass and Flinders made two expeditions in small open boats, both named Tom Thumb, the first to Botany Bay and Georges River, the second, in a larger Tom Thumb, to Lake Illawarra.

Matthew Flinders was now a lieutenant, and in 1798 was given command of the Norfolk. He was given orders to set sail beyond Furneaux's Islands and, should a strait be found, pass through it and return by the south end of Van Diemen's Land. If found, the passage between the Australian mainland and Tasmania would save several days on the journey from England and, once discovered, was named Bass Strait after his close friend. The largest island in Bass Strait would later be named Flinders Island, as was the town of Flinders near the mouth of Western Port, which Bass discovered on 4 January 1798.

Accompanying Flinders on his circumnavigation was Bungaree who was the first Aboriginal to circumnavigate Australia. "Bongry" first went to sea aboard HMS Reliance on May 29, 1798, sailing from Sydney Cove to Norfolk Island.

Flinders had married Ann Chappelle on 17 April 1801[1] and wanted to bring her with him to Port Jackson. The Admiralty had strict rules against wives accompanying captains. Flinders brought Ann on board ship and planned to ignore the rules but was told he must remove her from the ship. She would not see her husband for 9 yrs.

This is well documented in correspondence between Flinders and Sir Joseph Banks in May 1801.

I have but time to tell you that the news of your marriage, which was published in the Lincoln paper, has reached me. The Lords of the Admiralty have heard also that Mrs. Flinders is on board the "Investigator", and that you have some thought of carrying her to sea with you. This I was very sorry to hear, and if that is the case I beg to give you my advice by no means to adventure to measures so contrary to the regulations and the discipline of the Navy; for I am convinced by language I have heard, that their Lordships will, if they hear of her being in New South Wales, immediately order you to be superseded, whatever may be the consequences, and in all likelihood order Mr. Grant to finish the survey.

Flinders reached and named Cape Leeuwin on 6 December 1801, and continued to make a survey along the southern coast of the Australian mainland. On 8 April 1802, while sailing east, Flinders pulled into a bay which he named Encounter Bay. Further along the coast Flinders explored Port Phillip, which he didn't know had been discovered only 10 weeks earlier by John Murray aboard the Lady Nelson. Flinders climbed Arthur's Seat, the highest point near the shores of the southernmost parts of the bay. From there he saw a vast view of the surrounding land and bays.

Flinders reported back to Governor King:

That the land had a pleasing and, in many parts, a fertile appearance. On 1 May I left the ship's name on a scroll of paper, deposited in a small pile of stones upon the top of the peak.

Flinders constructed a stone cairn to mark a historical location. The Matthew Flinders Cairn, which was later enlarged, is located on the upper slopes of Arthurs Seat a short distance below Chapman's Point.

Matthew Flinders returned to England in October 1810. His health was in decline but he started work preparing "A Voyage to Terra Australis" and his atlas of maps for publication.

It was "A Voyage to Terra Australis": undertaken for the purpose of completing the discovery of that vast country, and prosecuted in the years 1801, 1802, and 1803 in His Majesty's ship the Investigator, and subsequently in the armed vessel Porpoise and Cumberland schooner. With an account of the shipwreck of the Porpoise, arrival of the Cumberland at Mauritius, and imprisonment of the commander during six years and a half in that island.

The original copies of the Atlas to Matthew Flinders' Voyage to Terra Australis are held at the Mitchell Library in Sydney. Flinders' map of Terra Australis was first published in January 1814 and the remaining maps were published before his atlas and book. On 19 July 1814, the day after the book and atlas were published, Matthew Flinders died, aged 40. Flinders was buried at St James, Hampstead Road. His grave was lost due to alterations to the churchyard and was thought to lie under what is now Platform 15 at Euston Station..

The platform 15 location was a wild guess by the media, as when his sister inlaw, Isabella Tyler, went to visit the grave in the 1850s she reported that it had been near the then remodeled entrance.[2] It was identified in 2019 by archaeologists working on a high-speed rail project at the Station.[3]

Captain Matthew Flinders will be reburied inside the parish church of St. Mary & the Holy Rood, at Donington, Lincolshire 17 July 2020.[4]

More records on Matthew Flinders may be available offline. Schedule a free consultation with our friends at Trace.

Sponsored Search by Ancestry.com
DNA
No known carriers of Matthew's DNA have taken a DNA test. 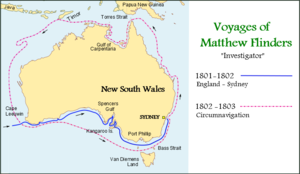 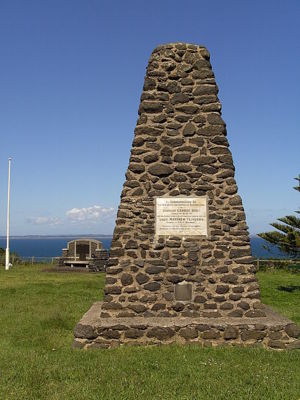 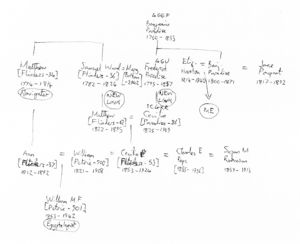 Leave a message for others who see this profile.
There are no comments yet.
Login to post a comment.
[Living Turner]
The Lone Punctuator was here.
posted Nov 03, 2017 by [Living Turner]

Matthew is 30 degrees from Alice Paul, 33 degrees from Michael Schell and 28 degrees from Henry VIII of England on our single family tree. Login to find your connection.