Errol Leslie Thomson Flynn was born on June 20, 1909 in Hobart, Tasmania, Australia. In 1932 he played the part of Fletcher Christian in the film In the Wake of the Bounty.

In 1933 he went to England where he acted with the Northampton Repertory Company until signing a contract with Warner Brothers. After Murder at Monte Carlo, he moved to California, where he shot to stardom in 1935 as the swashbuckling hero in Captain Blood. He made about sixty films in his heyday as one of Hollywood's most handsome actors. The Adventures of Robin Hood, The Charge of the Light Brigade, The Dawn Patrol, The Prince and the Pauper, The Private Lives of Elizabeth and Essex, and The Sea Hawk are some of his more famous films. He was granted American citizenship in 1942. In his later years he lived mostly aboard his schooner Zaca.

Is Errol your ancestor? Please don't go away!

ask our community of genealogists a question.
Sponsored Search by Ancestry.com
DNA
No known carriers of Errol's DNA have taken a DNA test. 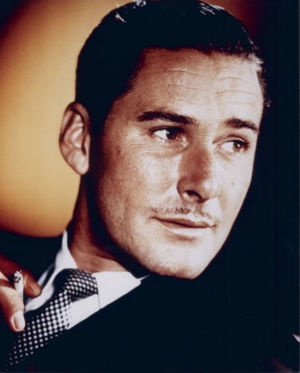 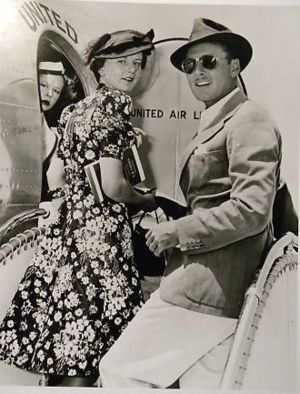 Errol is 22 degrees from Jaki Erdoes, 15 degrees from Wallis Windsor and 19 degrees from Henry VIII of England on our single family tree. Login to find your connection.