Peter Folger (1617-1690), interpreter and public official in America, was born in Norwich, the son of John Folger and Meriba Gibbs. Little is known of Folger until 1635, when he and his widowed father immigrated to Massachusetts. They sailed on the ship Abigail.[citation needed]

NOTE: Anderson says only that he arrived by 1638, and names no ship.[citation needed]

During the voyage, Folger met Mary Morrill, an indentured servant, and apparently fell in love for he spent the next nine years of his life working as a weaver, miller, surveyor, and shoemaker to raise the £20 to buy out her contract and marry her in 1644. Mary had to obtain release from the indenture that bound her by the payment of 20 English pounds, a very large sum in those days. It took all Peter Folger had saved in nine years in the New World, plus all that he could borrow from his father, to secure the liberty of Mary. Throughout his life Peter Folger always boasted that the purchase of his Mary's indenture was the best bargain he had ever obtained.[citation needed]

The couple had nine children that survived infancy. (See below.) During the 1640s, the family moved to Martha's Vineyard, an island settlement that was effectively ruled by the senior and junior Thomas Mayhew. There Folger began a long and prosperous career as an interpreter and cultural intermediary with the American Indian population. At the Mayhews' puritan mission he evangelized the native inhabitants and mastered Algonquian, a major Amerindian language family that would have enabled communication with the vast majority of American Indians in New England. About 1648 the younger Thomas Mayhew extended the mission to nearby Nantucket Island, part of the Mayhew proprietorship, which was home to several thousand American Indians. In 1659 Folger, who was by then familiar with the island through his missionary work, aided a group of white settlers who had purchased the island from the younger Thomas Mayhew in surveying Nantucket.

In a letter dated 1694, it is stated that when Mayhew went to England in 1657 he left his Mission in the hands of Peter Folger.[citation needed]

In 1659, Folger also publicly declared himself a Baptist at a Martha's Vineyard town meeting, which undoubtedly agitated the puritan Mayhews and prompted Folger to move to the more tolerant colony of Rhode Island.

In 1663 Folger returned to Nantucket at the request of the island's proprietors in order to soothe worsening tensions with the native population that had arisen mainly from the interference of the white settlement's cattle with Amerindian crops. As an enticement he was awarded a half share in the proprietorship (full shares were reserved for families of original white settlers).

His house lot is identified by a fountain erected to the honor of his daughter Abiah, the mother of Benjamin Franklin. It is on the extension of Main Street, nearly two miles west from the Upper Square and bank.

Nantucket was something of an anomaly in the puritan New England context in that established religion did not gain a substantial foothold among the whites until the eighteenth century. The only churches on the island in Folger's time, therefore, were found among the American Indians. In such tolerance, Folger comfortably settled his family, acted as an intermediary with the American Indians, and continued his highly successful evangelizing efforts. He also worked as a teacher, surveyor, miller, and farmer, and even served as the clerk of courts.[citation needed]

Folger's greatest triumph as chief diplomat to the American Indians came in 1665, when Metacom 'King Philip', arrived with a number of his warriors in pursuit of John Gibbs. Gibbs, an Amerindian from Nantucket who had recently finished his studies at Harvard, had insulted the powerful Pokanoket sachem by publicly speaking his father's name, Massasoit, which was an offence punishable by death. Gibbs was most likely a close friend of Folger, who had baptized the American Indian and given him the Christian name John Gibbs, which was the name of Folger's maternal grandfather. Neither the Amerindian nor the white population (about 100 people) was in a position to thwart Metacom through force, but Folger intervened to save Gibbs, offering his pursuer a ransom in exchange for Gibbs's life. Metacom agreed, but the people of Nantucket were only able to raise £11-significantly less than he wanted. An angry Metacom threatened to destroy the settlement, but the islanders called his bluff, threatening to attack him unless he departed, which he promptly did. A decade later Metacom led a coalition of Amerindians against New England in what became known as King Philip's War. The brutal fighting saw extensive slaughter and murder on both sides, but did not touch Nantucket.[citation needed]

Folger died on Nantucket Island in 1690.[1] He was survived by a substantial family that would produce a number of prominent American scientists, merchants, and politicians, the most famous of whom was Benjamin Franklin, Folger's grandson.

He married Mary Morrill 23 JUN 1642/3 Martha's Vineyard, Dukes Co., Massachusetts, by whom he had the following children:[1][2]

I think Peter deserves a "Famous" for writing "A Looking Glass For the Times."

posted 18 Feb 2012 by Lois Hirsch   [thank Lois]
Login to add a memory.
Sponsored Search by Ancestry.com
DNA Connections
It may be possible to confirm family relationships with Peter by comparing test results with other carriers of his Y-chromosome or his mother's mitochondrial DNA. However, there are no known yDNA or mtDNA test-takers in his direct paternal or maternal line. It is likely that these autosomal DNA test-takers will share some percentage of DNA with Peter: 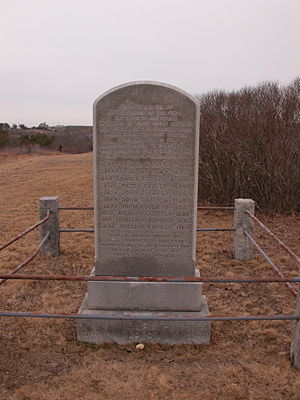 Leave a message for others who see this profile.
There are no comments yet.
Login to post a comment.
M Cole
Folger-2 and Folger-130 appear to represent the same person because: Same parents, spouse
posted on Folger-130 (merged) Aug 21, 2020 by M Cole

Jillaine Smith
Profile managers, this profile is a "5-star" wikitree profile, indicating it is frequently visited. As such, we are trying to make it the best it can be. There is much in this profile that needs source citations. Can you help improve this profile? Thanks!
posted Sep 20, 2019 by Jillaine Smith

Christopher Childs
Anderson's GM Directory shows him emigrating from Norfolk by 1638, but does not name a ship. That should be the default data for a PGM profile (unless some more recent research can be cited).
posted Dec 16, 2018 by Christopher Childs

Marcel Muise
I added the ship category becuase the bio says he sailed on the Abigail in 1635, but now I don't see his or his father's name on the rolls. Which is correct?
posted Dec 16, 2018 by Marcel Muise

Debi (McGee) Hoag
Peter Folger has the Quaker Project template but everything in his bio indicates he was first a Puritan and than declared himself a Baptist. Was the template placed in error?
posted Nov 20, 2017 by Debi (McGee) Hoag