The family moved to Camden, Arkansas in 1914. Benjamin went to High School in Camden, graduating in 1918. After finishing high school, he returned to Paducah, where he entered business college to study bookkeeping and accounting. After completing a short business course, he secured a bookkeeping job which he held until early 1919. On moving to Camden, his father established a sawmill and lumber business. In 1919, Benjamin returned to Camden and entered the lumber business with his father.

In the fall of 1920, having felt called to the Methodist ministry, Mr. Fooks entered Moody Bible Institute in Chicago for study. After pursuing his ministerial studies for about three months, Benjamin decided that a career in the ministry was not advisable and he left the Institute. However, his interest in Methodism has increased through the years and he is today one of Arkansas' most prominent Methodist Laymen.

In June 1923, Benjamin married to Gulnare Thornton[5] a lovely young girl he had known during high school days. They have two children, a son, Robert Hampton (by adoption), and a daughter, Frances Sue.

Benjamin worked in the lumber industry for several years as a wholesale lumber dealer. He operated two different sawmills of his own in Louisiana and assisted his father in the operation of the Camden mill. He established and operated a wholesale lumber business in Memphis, Tennessee, but finally sold it and returned to Camden in 1925.

Once in Camden, Benjamin purchased a service station and in February 1926 he purchased a small soft drink bottling operation. In 1927 he bought a second small plant in Arkadelphia, 60 miles from Camden. In 1928 a third plant was purchased in Hope, Arkansas.

Business declined during the Depression and Mr. Fooks was forced to close the warehouse and sell the plant and machinery in Arkadelphia. He took to selling "Fooks Flavors" out of his car in Arkansas, Louisiana, and east Texas. In 1932, Mr. Fooks hired two salesmen and sales increased.

In 1938, Mr. Fooks began experimenting with the production of the grape flavor. After a year or two of testing, the special taste that was to make Grapette distinctive was finally achieved. In 1939, Mr. Fooks traveled by rail to Chicago and purchased the copyrighted name of Grapette from the owner of the Sunset Liquor Company. In the spring of 1940, the drink was officially named Grapette and put on the market. It was an immediate success.

In 1970, the Fooks family sold Grapette.

Fooks was former Camden mayor and former chairman of the State Resources and Development Commission.[6] He served as presidential elector from Arkansas.[6]

ask our community of genealogists a question.
Sponsored Search by Ancestry.com
DNA
No known carriers of Benjamin's ancestors' DNA have taken a DNA test. 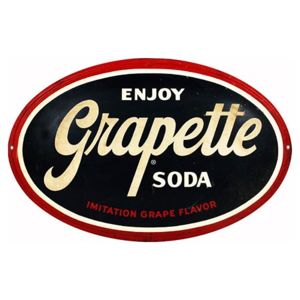