Keith was featured in a Meet Our Members Post on the WikiTree Blog!

Presently working to expand biographical information and documentation of ancestors in several family lines, notably of English, Irish, German, Luxembourgish and Scottish heritage - also attempting to help others do the same. Adding to the WikiTree effort of building a free, readily available, world-wide family tree.

Family Lines Being Researched include:

Living cousins found via WikiTree connection and unaware of previously include (in the order of contact):

Living Cousins having WikiTree Profiles and whom I know or have known personally include:

Keith is the second son of the union of Jack Forrester and Marie Zimmerman. Jack Forrester's first son, Craig W. Forrester, was by his first wife, Marian Hogan.

Marie (mom) married Donald Lee Baker in December of 1956, and the family moved to Ingleside, Illinois at the very end of that year. Mom instructed her sons to use the surname Baker at school. Two years later, she had affidavits sworn attesting to the use of this Legal Alias (as it is called) before a Notary Public. There never was a formal adoption nor other legal Name Change. Thus, the two sons of Marie Zimmerman and Jack Forrester are Forresters (as are their offspring) - Baker is merely an alias. [A side note to this is the legal fact that, anyone, at any time can assume and use an alias - so long as it does NOT involve illegal purpose.]

Keith graduated from Grant Community High School, Fox Lake, IL. At age 17, he was appointed to and attended the United States Naval Academy at Annapolis, MD briefly - he resigned his commission in his plebe year. He then attended the University of Illinois at Champaign-Urbana in the Mathematics Honors Program and as an Edmund James Scholar (All University Honors Program); later attended the University of Wisconsin at Madison and at Milwaukee in their Business Program. [Many years later he received the Certified Insurance Counselor Degree from the College of Certified Insurance Counselors at Austin, TX.]

Mathematics, the Sciences and English came easily for Keith and he was able to use these abilities in his employment pursuits. He was hired as an Actuarial Assistant by Alexander & Alexander, Inc.'s Actuarial Division when he was 19, and married Leni J. Ferenc later that year. His next job was with Baxter Laboratories, where he was hired as a production assistant in their Round Lake, IL facility and through rapid promotion to Group Leader, Assistant Foreman, Foreman, Supervisor and Production and Material Control Scheduler became familiar with many aspects of manufacturing management as well as several very proprietary chemical and biological formulations and processes.

At age 25, Keith was somewhat bored with his prospects at Baxter Laboratories and, upon being offered a promotion to Production Manager, decided to leave that career path and enter the Insurance industry - which he did within the year. At that time, he was unaware that both his maternal Grandmother and Grandfather had been Insurance Agents.

While continuing his full-time work in the insurance industry, he enlisted in the US Navy Reserves (after an incredible amount of red-tape due to his earlier having been at Annapolis) and over the next 6 six years served as an Aviation Electronics Technician with NAS Adak Combat Augmentation Unit and with VP-60 during which time he earned the designation Air Warfare Specialist and was included in the award of the "Golden Wrench", (officially known as the Battle 'E' medal) while a member of the AIMD of that Squadron. Keith spent time at NAS Adak, NAS Glenview during active duty and ACDUTRA assignments as well as some TDY assignments to other units and locations during his years in the Naval Reserves.

Keith's interest in electronics (and some gadgets) was piqued by the advent of the personal (home/desktop) computer, especially when the FidoNet (forerunner to the Internet) came about. Being enamored with these phenomena, he began exploring their uses and applications in business settings and in the home. Both the IBM computers and the Apple computers intrigued him; he early on became a devotee of the Apple Macintosh platform (owning among the first of those machines ever sold and upon which platform this biography is being composed) remaining so to the present time.

When he and Leni returned to Wisconsin in 1995, he set up a small business partnership with his son-in-law, Leo Zimmerman. Known as "Chorebusters", they offered their services in remodeling, construction and handyman work in Southeastern Wisconsin for several years. They had a good following of regular customers and were modestly successful in the endeavor. It was during these years that Keith suffered his first heart attack. (December 1996) He then made plans to set up an intentional community which was culminated in the founding of the Simple Gifts Commmunity in the Missouri Ozarks in 1998. This was founded upon anabaptist religious theology and practice which emphasized equality, sharing and peaceful existence via the agricultural production and menial pursuits of the most mundane tasks of living.

The expense and recovery brought about by Keith's quadruple coronary artery bypass surgery late in 1999 ended the Baker's time with Simple Gifts. 5 months after the operation, Leni and Keith became Family Teachers to 9 teen-aged boys at Mooseheart - a residential treatment campus in Northeastern Illinois. (Batavia) There they thrived and strived for 4 years while nuturing, teaching and parenting those youngsters who came from a variety of disadvantaged backgrounds. When they decided to return to Montana in the second half of 2004, the Bakers invited two of the brothers from the group home to join them as foster sons - an offer they readily accepted.

Those years at Mooseheart were demanding and tough in some ways, but were rewarding enough that we would not exchange them for anything.

The return to Montana was a gateway event to many changes for our family. Eldest daughter Tracy, with her husband Patrick and their two children, Elise and Caitlyn, followed 4 months later and all of us had Polson, Montana addresses. Grandma Leni was delighted to have a daughter and two granddaughters close by and all of us were overjoyed with our surroundings.

Currently enjoying a retired lifestyle as a writer of non-fiction and historical fiction books, and doing a little bit of basic pistol teaching as a Certified NRA Firearms Instructor.

In the event of my demise, please turn all of my profiles over to my closest WikiTree relative who is willing to manage them, or to any Leader if that is not possible. Please make all of my profiles as open as possible and appropriate including my own. Thank you, Forrester-158, May 29, 2016.

Is Keith your relative? Please don't go away!

ask our community of genealogists a question.
Sponsored Search by Ancestry.com
DNA Connections
It may be possible to confirm family relationships by comparing test results with Keith or other carriers of his Y-chromosome or his mother's mitochondrial DNA. It is likely that these autosomal DNA test-takers will share some percentage of DNA with Keith: 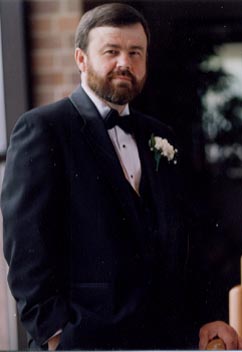 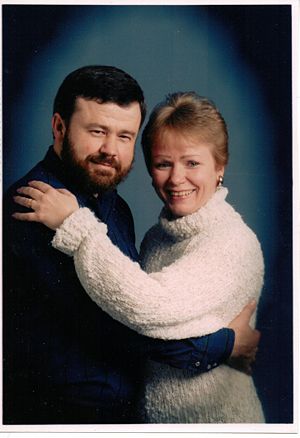 Mom with Darrell and Keith 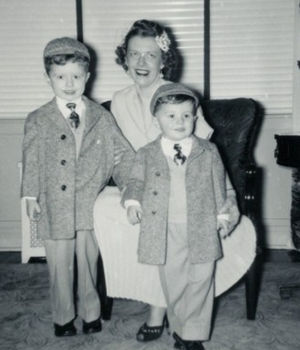 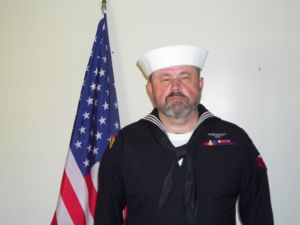 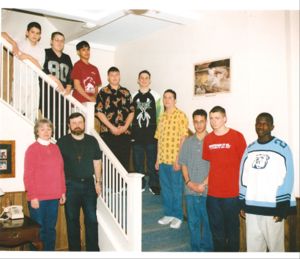 Leave a message for others who see this profile.
There are no comments yet.
Login to post a comment.
Scott Mason
Saw your cool vintage VP-60 patch you posted. .you don't have one you'd be willing to sell to do you?
posted Apr 06, 2022 by Scott Mason

Keith passed away a few years ago.

Abby (Brown) Glann
Rest in peace, friend. You will be missed and I feel blessed to have been able to call you friend, and for our opportunity to "meet" via WikiTree.
posted Jun 26, 2020 by Abby (Brown) Glann

We haven’t heard back from you concerning the Scottish Clans Transition. If we haven’t received a response from you by 30 March 2020, you will be welcome to rejoin by answering the current g2g thread for joining the Scotland Project.

My name is Tracy Baker Plaiss. I am Keith's elder daughter. I am sorry to say that Keith passed away in February this year. While I understand that the deadline you had given for him to respond has passed, he would not have let it go unnoticed, and I did not want you to think you were being ignored.

My name is Amy and I’m a co-Leader of the Scotland Project. As you may have heard, we have merged the Scottish Clans project into the Scotland Project. I am contacting you today to find out if you are interested in continuing with us under this new format. If you would like to go forward on the Scottish Clans Team, please reply and let me know which clans you have been working on or would like to work on. I see you have previously expressed an interest in Clan Munro and Clan Forrester. Would you like me to add you to those teams?

I look forward to hearing from you.

I have found on the Relationship Finder that we are 20th Cousins 1x removed.

I live in north east Scotland.

Great to find the connection.

Just wanted to give you a shout out on a great, well written answer. It was absolutely outstanding! No reply necessary, but keep up the great work!

Mary Richardson
Hi Keith This week's topic for profile of the week is Family Heroes. Do you have a recommendation for a good one from your ancestors to nominate, or want nominated? Thanks Mary Richardson
posted Nov 22, 2014 by Mary Richardson