This profile also is part of the following projects: British Isles Royals & Aristocrats 742-1499, United Kingdom. If you are interested in joining any of the projects, there is a link on the project page to contact the project leader.

William de Forz (latinised as de Fortis or de Fortibus[1]) was a son of William de Forz and Hawisa, Countess of Aumale in NE Normandy.[2][3][4] His birth date is uncertain but is likely to have been in the early 1190s,[1] and he may have been born in Poitou, though some sources suggest Holderness in Yorkshire (see below).

Through his mother he was titular Count of Aumale, a County in Normandy,[2][3] though this was a title without any substance in the form of landholdings - Philip Augustus of France captured Aumale in 1196.[1]

In 1214 William came to England, under safe-conduct, to secure his inheritance of the English lands held by his mother. These were mainly in Yorkshire, Cumberland and Lincolnshire.[2] His English inheritance included the Baronies of Burstwick and of Skipton, both in Yorkshire.[5] King John, fairly unusually, did not charge him a large fine for coming into his inheritance[1] but made it a condition of his enjoying the revenues from these lands that he marry Aveline de Montfichet.[2] Aveline died in 1239.[2][3]

William and Aveline had at least one son, William[2][3][6][7] and probably a daughter whom he tried unsuccessfully to marry to a son of William de Longespée, Earl of Salisbury.[1][2]

In 1214 William served in King Johns campaign in Poitou[1] but the next year he joined the Barons who compelled King John to sign the Magna Carta, of which he was one of the Surety Barons.[2][3][4] During the rebellion that followed, William supported King John, who granted him lands and castles confiscated from rebels.[1][2] For a few months in the summer of 1216 William abandoned the royal cause, but, by the accession of Henry III in October he was again supporting the royal government.[2]

When rebel Barons returned to allegiance, William resisted official attempts to make him restore confiscated lands to them. By May 1220 he had surrendered most of them, though he held onto Castle Bytham, Lincolnshire, which had been in his family's possession in the past.[2] Later that year he was twice denied the post of Seneschal of Poitou and Gascony.[2]

At the end of 1220 William left the court and rebelled. The reasons are not entirely clear, but it is likely the main motive was his desire to retain Caste Bytham. He was excommunicated in January 1221, and fled North, but made his peace with the government. As part of the terms of this, he was required to pay for some of the costs of the campaign against him. Castle Bytham was destroyed, though he made an unsuccessful legal attempt in 1236 to recover it.[2]

William's relationship with Henry III's administration remained difficult until the later 1220s, when he was sent of diplomatic missions. In 1230 he went to Poitou with Henry III.[2] He appears on occasion to have engaged in piracy: in 1227 Henry III wrote to him , "just as we have enjoined you orally other times", to restore to one William Burghley 21 barrels of wine which he had seized from a ship.[1]

William died in 1241, in the Mediterranean[3][4] on his way to Jerusalem.[2] His burial place is not known.[2] J W Clay, in his The Extinct and Dormant Peerages of the Northern Counties of England, states that he was buried in Meaux Abbey[8] but there is no good source for this.

"William de Forz (Fortibus) (1191x6–1241), holder of the Norman title of count of Aumale, was a mercurial personality whose apparent self-interestedness and frequent changes of allegiance raise questions, difficult to answer, about the balance of personal ambition and concern for the common good in the motivation of the medieval aristocracy.

"Forz was the son of the wealthy Aumale heiress, Countess Hawise, a much married lady, by her third husband, the Poitevin naval commander, William de Forz, who died in 1195. He came to England, probably from Poitou, in 1214, and in September or October of that year secured possession of the English lands of his mother’s inheritance on the condition that he married Aveline, daughter of Richard de Montfichet. In this way he was brought into contact with another lord to be chosen one of the Twenty-Five. William’s English lands consisted principally of the honours of Holderness and Skipton in Yorkshire, Cockermouth in Cumberland, and lands in Lincolnshire around Barrow-on-Humber in the north and Castle Bytham in the south.

"In the spring of 1215, perhaps as a result of his links with Mountfitchet, he joined the baronial opposition to King John and after the meeting at Runnymede was nominated to the Twenty Five. By August, however, he had changed sides, returning to the king’s allegiance, and he accompanied John on his punitive expedition to the north of England in December. He deserted John a second time in June 1216 but had returned to royal service by the autumn, after Henry III’s accession, and attested the reissue of Magna Carta in November.

"In the course of the civil war from 1215 William acquired many lands, some of which belonged to the Crown, which the Minority Government was keen to recover from him. He surrendered most of these properties in or before May 1220, but clung onto Castle Bytham in Lincolnshire, to which his family had an ancestral claim. At the end of 1220, apparently annoyed at being passed over for the appointment of seneschal of Poitou and Gascony, he rebelled against the Minority Government, suddenly left court to garrison Bytham, and then, faced with the ravaging of his lands, fled to the north of England, where he took refuge at Fountains. The Government treated him remarkably leniently, and he and his men were pardoned.

"In his later years Forz was employed on a range of diplomatic and military business for the king, treating with the Holy Roman Emperor at Antwerp in 1227 and accompanying Henry III on his expedition to Poitou in 1230. In the spring of 1241 he set out for Jerusalem, but died on the way. His wife, Aveline, was buried at Thornton Abbey, but his own burial place is unknown.

"At the village of Castle Bytham, north of Stamford, the enormous earthworks of the castle still tower over the streets to recall the most turbulent episode of this man’s enigmatic career."

A great deal of information about William's ancestors and descendants (albeit unsourced) is available at Patrick Delaforce and Ken Baldry's Delaforce Family History website, Chapter 38.

Neither William de Forz (b: ca. 1192-1241) nor his father ever lived in the Norman County of "Aumale" (translated in English, Aumale = Albemarle) although the family held the title of "Comte d'Aumale" = Earl of Albemarle, in English.

As William's father was from Fors in Poitou (a former French province consisting of the Charentes and Vienne areas sometimes counted as being in Aquitaine, sometimes not), and as some biographies indicate that he traveled to England from Poitou at about 21 years old to claim his English-lands birthright from the English King, in 1214, this would lead one to believe he was most-likely born in "Poitou, France".

Some genealogies, however, state he was born in Holderness, East Riding, Yorkshire, where his parents apparently also had a castle, and he was later also known as "Lord of Holderness" - but that is a lesser title than Earl of Albemarle (Comte d'Aumale).

As a surety baron, William de Forz is managed by the Magna Carta Project, even though he is one of the eight barons with no traced ongoing line of descendants. ~ Noland-165 00:45, 27 January 2018 (EST)

This biography was reviewed and revised for the Magna Carta Project by Michael Cayley in April 2020. 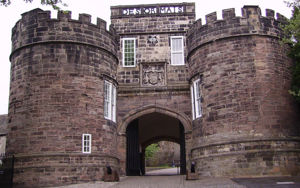 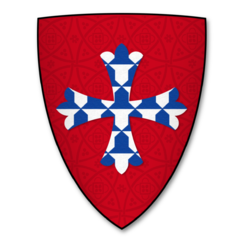 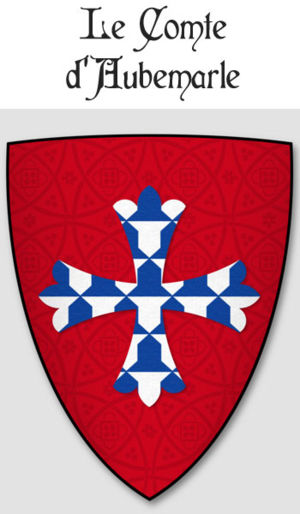 Michael Cayley
I plan to do some work on this profile as part of what I am doing for the Magna Carta Project on Surety Barons.
posted Apr 20, 2020 by Michael Cayley

Michael Cayley
I have now finished the main work I intend on this profile. If anyone spots any typos etc, please either correct them or message me.
posted Apr 29, 2020 by Michael Cayley

April (Dellinger) Dauenhauer
Are the two addresses referenced in your Comment, Liz, the following:

I have no quarrel with Chet's posted description of William's birthplace, because, as he said, the parents appear to have lived in both places. Where William was born may be uncertain, unless we find more definitive documentation.

April (Dellinger) Dauenhauer
From the bio text by Prof. Nigel Saul on this page:

"Forz was the son of the wealthy Aumale heiress, Countess Hawise, ...by her third husband, William de Forz, (died 1195).

"He came to England, probably from Poitou, in 1214, and in September or October of that year secured possession of the English lands of his mothers inheritance on the condition that he married Aveline, daughter of Richard de Montfichet. William was first addressed as count of Aumale in royal charters of November 1214."

Wikipedia: The Earldom of Albemarle which he inherited from his mother included (his English lands)...also included the county of Aumale, ...lost to the French in 1204, along with the rest of Normandy."

Neither born nor ruled, in Aumale.

Poitou, once its own county in France, is no longer a county, but if we go by the name during the life of the person in the profile, then it is Poitou.

I think the birthplace should read "Fors, Poitou, France".

He was certainly an example of the way some of the barons changed sides!

William is 24 degrees from Laurie Giffin, 38 degrees from Toni Morrison and 11 degrees from Henry VIII of England on our single family tree. Login to find your connection.