He was the son of Ephraim Foster and [mother unknown]. Samuel moved to California by 1849 and made San Francisco his base for trading voyages to the South Pacific.

Samuel and Jane were living in 1860 in Oakland, Alameda, California, United States.

He eventually did business in Tahiti and Samoa. He was the first appointed Consul to American Samoa. As an agent for the Capelle Trading Company in the Marshall Islands, he came to Guam in 1880. With him he brought his nineteen-year-old daughter Jennie and her fiance, Charles Henry Hallett Ingalls, a 40-year-old American from Boston. Jennie and Charles were married in Guam on 10 January 1880. Samuel died in November of that year.

His will is recorded in the Spanish records of Guam. He makes special mention of his daughter Jennie, who had followed him in his "exile." He named as executor his friend, the first Chamorro priest, Påle' José Palomo, suggesting in his will that, if necessary, Palomo use the Church as a shield against the Spanish government if the civil authorities attempted to grab the assets of the Capelle Company on Guam.[4]

He was the father of Jane Sophia (Bambridge) Foster, Fanene Pulu Foster and Wesley Ladd Foster.[5] 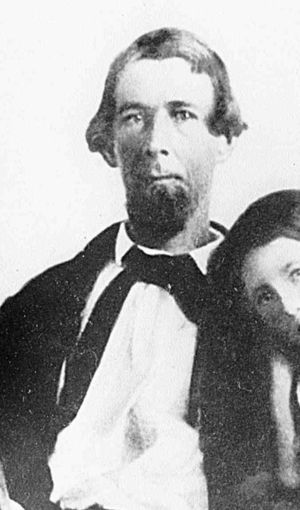