Charles James Fox was born on the 24th January, 1749, in Wimbledon, Surrey, England.
He was the 2nd son of Sir Henry Fox, 1st Baron Holland of Foxley and Georgiana Carolina Lennox.

Education
Charles was educated at Wandsworth school then went onto Eton, Windsor, Berkshire, England from 1757-1764. Following that he went to Hertford College, Oxford in 1764 and Lincoln’s Inn the same year, 1764.

The Grand Tour
Like many people of that era, he did the Grand Tour (France, Italy, Switzerland) with Mrs. Armistead, who sprained her ankle while visiting Italy, so they stayed longer than they had planned to, until she was able to walk again.

Charles lived in a De Facto relationship with Elizabeth Bridget Cane, a courtesan who adopted the name of Mrs. Armistead, a woman of good manners and some education. She took him to St. Anne's Hill, a house beautifully situated, with about thirty acres of land, near Chertsey in Surrey, England. Mrs. Armistead, as she was known, appears to have bought this property about 1778. It was a haven from his political tensions where he enjoyed his tastes for gardening and literature, and thoroughly enjoyed a country life in company with a woman to whom he was sincerely attached.


Charles James Fox finally married Elizabeth Bridget Cane (known as Mrs. Armitage) on the 28 September 1795 at Houghton, Huntingdonshire, England but apparently kept it secret until 1802, no doubt because of social and political sensibilities of that time. [1] They already had a son who was born in 1791.

Whig Politician
Charles James Fox, started life with political advantage. He was placed in the very heart of the Whig establishment as the son of the brilliant Henry Fox, Lord Holland, Paymaster General of the Forces and Minister to King George II and Lady Caroline Lennox, daughter of the second Duke of Richmond. By the time that he came of age, in addition to the alliances and interests that his father had made in his behalf, his uncle, the third Duke of Richmond, was a strong political ally and patron.
Charles J. Fox had a brilliant mind but he suffered from one overriding addiction, the addiction to gambling, which resulted in vast debts that his father paid unhesitatingly. [2]

Charles James Fox PC MP was a prominent British Whig statesman whose parliamentary career spanned 38 years in both the late 18th and early 19th Century and who was the arch-rival of William Pitt the Younger. A detailed account of his long and illustrious political career, is on History of Parliament: [3]

Online Book published by C.J. Fox
A History of the Early Part of the Reign of James the Second [4]

Charles James Fox died on the 13th September 1806 at the age of 57 at Northumberland, England, United Kingdom. [5]
His body was transported to London and he was buried in the North Transept, Westminster Abbey, City of Westminster, Greater London, England, United Kingdom, ironically next to Whig Prime Minister, William Pitt the Elder, and near his political rival, William Pitt the Younger. [6] 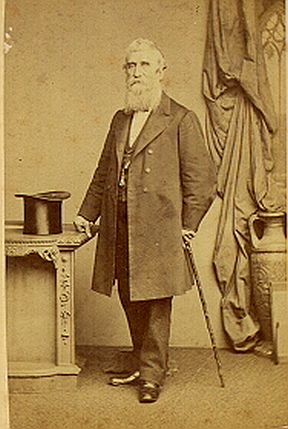 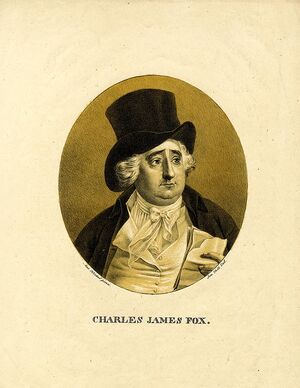