Mary was born in Lowndes County, MS, where the Franks clan had settled on properties that also extended into neighboring Pickens County, AL. Her immediate family moved to Bankston, Choctaw County, MS, during her childhood, and was living there during the 1860 Census at house no. 573.

Also living in the textile mill town of Bankston during the 1860 Census, at house no. 626, was her future husband, Napoleon Bonaparte Bostian. The two married in Mississippi ca. 1867.

Their first two children were born in Mississippi. Their third child was born in Texas, where they lived for a short time. The rest were born in Arkansas where the family settled, just south of Cornerville in Lincoln County near the Lincoln/Drew County line.

Mary passed away at the age of 80 years and 6 days. She is buried in Oakland Cemetery located on N. Hyatt St. in Monticello, AR, in the New Northeast Addition, Block IV. Her grave, with headstone, is located in the NW corner area of the block mentioned. Her son, Van, is buried next to her south side. I believe that her husband is buried in an unmarked grave on her north side. He reportedly died a few years after her, during the Great Depression, which may explain why he had no marker. I've placed a photo of her headstone on her Find A Grave memorial.

Note: Her Find A Grave memorial bio is basically the same as this one because I created and manage both.

Is Mary Elizabeth your ancestor? Please don't go away!

ask our community of genealogists a question.
Sponsored Search by Ancestry.com
DNA
No known carriers of Mary Elizabeth's DNA have taken a DNA test. 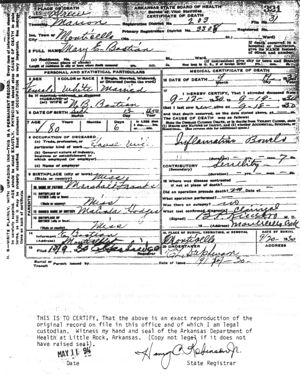 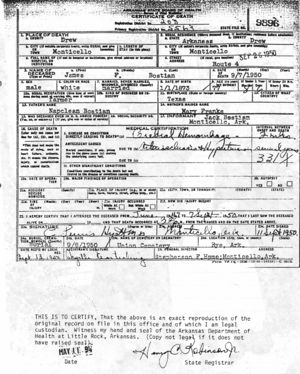 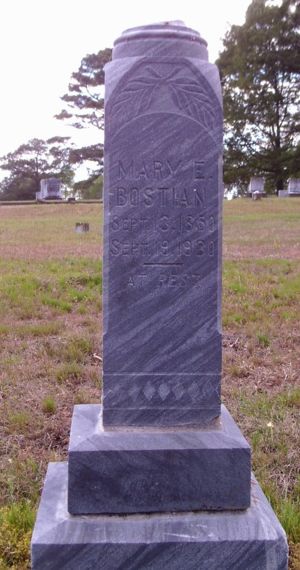