Charles (Fraser) Fraser VIIth of Inverallochy IInd of Muchall was born in Scotland.

Charles (Fraser) Fraser VIIth of Inverallochy IInd of Muchall is a member of Clan Fraser.

Charles was born to William Fraser Fifth of Inverallochy and Lady Elizabeth Erskine. [1]

Charles was the middle of three children. His older brother was William and they had a younger sister who would marry Alexander Fraser of Fraserfield, Aberdeenshire. Being the oldest William would hold the family title first.[1]Charles gained the title for Inverallochy in 1749 at the death of his brother William who died without issue and having succeeded their father William the title then passed to Charles.[1] The title would pass on to Charles' second son William as the other two boys died in Charles' lifetime.

Charles was a strong Jacobite. He is thought to have had a close relationship with Simon Fraser, 11th Lord Lovat, aka "The Fox", as Charles and his son William are mentioned in Simon's entail in 1774. [1]An entail is a legal document that allows an estate to pass through more than one generation.[2]

Lt. Colonel Charles, the younger, the firstborn of Charles and Anne, died at Culloden Moor. After being found wounded he was executed on the field by the order of The Duke of Cumberland on the 16th of April 1746. A young Captain James Wolfe was asked to shoot Inverallochy and when he and the other officers refused, one of the foot soldiers performed the deed.[1] Charles younger brother, Simon, who joined the 78th Fraser Highlanders served under the same now General Wolfe was killed on the Plains of Abraham on the 15th of October 1759 during the French and Indian Wars/Seven Years War. Simon had no children.[1]

Charles died in 1787 [1] and was succeeded on the 13th of February 1789 by William, his only living son. Having lived a long life he was given the nickname of "Old Inverallochy". 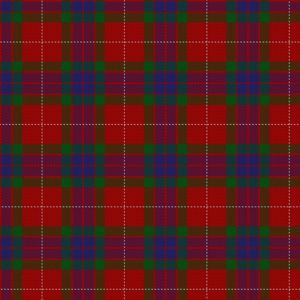 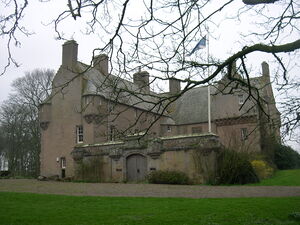 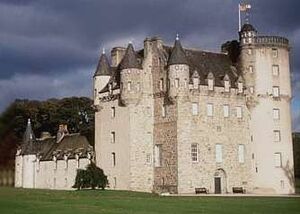 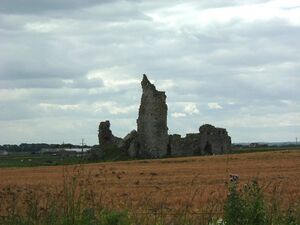