Sigismund Schlomo Freud was born to Jakob and Amalia Freud, Galician Jews (Jakob of the Hasidic tradition, though he moved away from it) in the Moravian town of Příbor, Austrian Empire, now the Czech Republic on May 6th, 1856.[1] Sigmund, as he was later known, was born with a caul, or membrane that covers a newborn's head and face. It is such a rare occurrence, that Amalia, Sigmund's mother, saw it as a good omen for his future.[2] Freud's mother was possibly Jacob's third wife, (there is some debate whether she is his second or third) so he grew up among many siblings. Some of Sigmund's half-siblings were older than their step-mother Amalie, twenty years her husband's younger. Freud remembered seeing one of his older brothers flirt with Amalie, a situation which would influence his later psychoanalytical theories.[1]

During Freud's childhood, his family moved to Leipzig, then to Vienna.[2] The move, instigated by his father's failing business, left Sigmund devastated, as he had to leave behind his extended family which he was close with.[1] One of his closest friends was actually his nephew, John, the son of Emmanuel, Sigmund's older half brother. Freud was slightly younger than John.[3] Adding to the stress of the move was the fact that Vienna was a largely Catholic population, and the Freuds were Jewish.[4] The family lived in an area of Vienna known as the Leopoldstadt slum, which had a large Jewish community. The housing was cramped, and the Freuds moved often.[4] Sigmund started attending the Leopoldstädter Kommunal-Realgymnasium, a high school, at age nine. He was an outstanding pupil, and graduated with honors in 1873. He loved literature and was fluent in eight languages.[2] He shortened his name to Sigmund Freud in 1877.[3]

Sigmund attended the University of Vienna, entering at age 17, qualifying as a doctor of medicine in 1881, though he originally intended to study law.[2] He had to abandon his love of research briefly in order to work at Vienna General Hospital to create an income, a move driven by his love of his future wife, Martha. He would have to wait four years before he was able to marry her.[5] He was later appointed a university lecturer in neuropathology in 1885 due to his large body of published research. He resigned his hospital post the next year, and later became an affiliated professor in 1902.[2] At that time a small group of followers formed around him, discussing issues relating to psychology and neuropathology. The group was called the Wednesday Psychological Society.[2] The group kept evolving and in 1908 the group was renamed to the Vienna Psychoanalytic Society.[2] Together with Carl Jung, a member of the Society, Freud's ideas were taken across the pond to the United States in 1909.[6] He was given an honorary doctorate at Clark University in Worcester, Massachusetts at an event held in his honor.[2] That was his only visit to the United States.[7]

Freud is considered the founding father of psychoanalysis. Few are not familiar with his name, though they may not know exactly what he did and thought. Psychoanalysis is a method for treating psychological issues using dialogue between a patient and doctor or psychoanalyst.[2] Freud's techniques included free association and transference. He is known by most for his Oedipus Complex theory and analysis of dreams, both of which would lead to sub-conscious slip ups and actions in his estimation. Psychoanalysis remains influential in psychotherapy, areas of psychiatry, and humanities.[2]

Freud set up private practice in 1886, using hypnosis in his clinic, adopting the approach of his friend, Josef Breuer.[2] One patient made a major impact: Anna O. In talking about her symptoms while under hypnosis, Freud saw her symptoms become reduced in severity. This influenced and led to his use of the "talking cure" in his practice, without the hypnosis.[2]

Despite not being a religious Jew, his origins and allegiance to his cultural Judaism were important in the formation of his intellectual and moral outlook.[2]

Sigmund and Martha Bernays, the granddaughter of Isaac Bernays, a chief rabbi in Hamburg, were married in 1886. Together, they had six children[2]:

Martha's sister, Minna, came to live with the Freuds in 1896. Minna's close relationship with Feud led to rumors, reportedly started by Carl Jung.[2]

Freud and his family fled Austria, though they waited as long as they could, in order to avoid impeding persecution of his daughter, Anna Freud, by the Gestapo. They family headed for London.[8] It wasn't easy getting out of Vienna, and he had to call on numerous friends, one of whom was Princess Marie Bonaparte. Freud had to leave behind four sisters, and despite his attempts to get them out of Vienna, they all ended up dying in Nazi concentration camps.[2]

Feud's lifelong habit of smoking eventually led to buccal cancer. In 1923, Freud detected a leukoplakia (benign growth associated with heavy smoking) on his mouth. He had it removed, his dermatologist advising him to quit. A different dermatologist was consulted, and informed him it was cancerous, epithelioma. Bleeding from an unnecessary cosmetic surgery nearly killed Freud.[2] Freud's second dermatologist, Felix Deutsch, was afraid to tell Sigmund how serious the cancer was, fearing he would commit suicide. The cancer would ultimately lead to Freud's death in London, via a friend, Max Schur, who administered a lethal dose of morphine on September 23, 1939.[2] By the time he died, he had undergone more than 30 surgeries to try to treat the cancer.[9]

Freud was cremated three days after his death at the Golders Green Crematorium in North London. Orations were given by Ernest Jones, an esteemed colleague, and Austrian author, Stefan Zweif. Freud's ashes were placed in a plinth designed by Freud's son, Ernst, in a sealed ancient Greek urn Freud had received as a gift from Princess Bonaparte. His wife, Martha's ashes were placed in the urn following her death, as well.[2][10]

Sponsored Search by Ancestry.com
DNA
No known carriers of Sigmund's DNA have taken a DNA test. 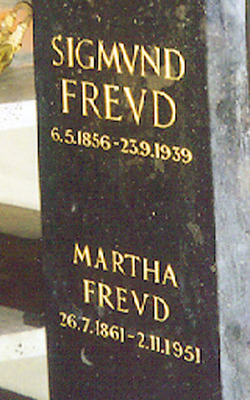 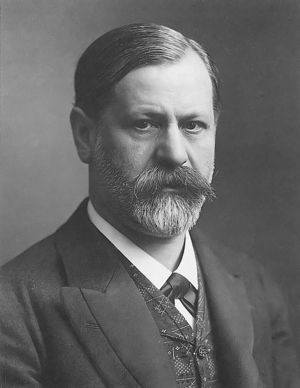 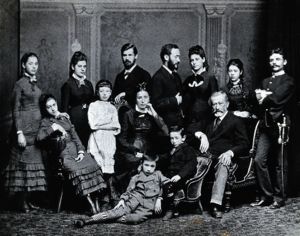 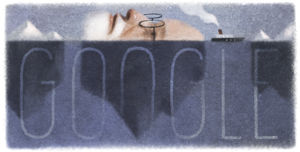