Appears to have been living in New Orleans in the 1870s, working as a butcher. Involved in a case that went to the Louisiana Supreme Court wherein the city had apparently granted a monopoly on slaughtering of cattle to City Livestock Co., which Francois Frilot and John Larrieux argued only applied to the east bank of the MIssissippi, and that they should be free to slaughter cattle on the west bank, in Algiers.

The courts disagreed and filed an injunction against Larrieux and Frilot, but they persisted. They were found in contempt and at least briefly jailed, and fined in 1875. It's not clear what the ultimate outcome of the case was.

Is François your ancestor? Please don't go away!

ask our community of genealogists a question.
Sponsored Search by Ancestry.com
DNA Connections
It may be possible to confirm family relationships with François by comparing test results with other carriers of his Y-chromosome or his mother's mitochondrial DNA. However, there are no known yDNA or mtDNA test-takers in his direct paternal or maternal line. It is likely that these autosomal DNA test-takers will share DNA with François: 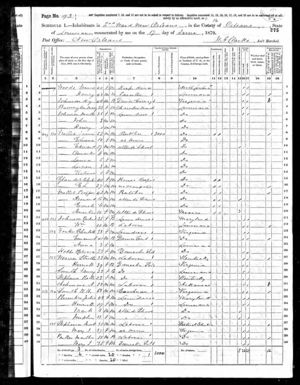 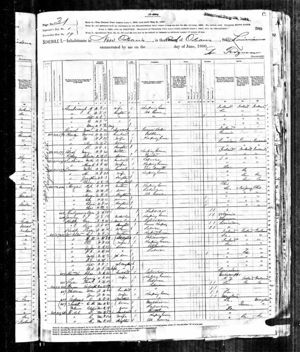 François is 25 degrees from Wendy Taylor, 22 degrees from Christian VII af Danmark and 21 degrees from Henry VIII of England on our single family tree. Login to find your connection.