He married Rachel Rebecca WETZEL on

This biography was auto-generated by a GEDCOM import.[7] It's a rough draft and needs to be edited. 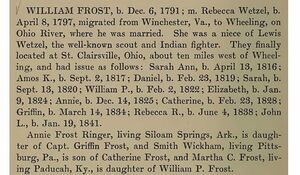