Herman Northrop Frye, CC FRSC was a Canadian literary critic and literary theorist. He gained international fame in 1947 with the publication of his first book, Fearful Symmetry, which led to the reinterpretation of the work of English poet William Blake. Anatomy of Criticism (1957) is acknowledged as one of the most important works of literary theory published in the twentieth century.

Northrop Frye was the third child of Herman Edward Frye and Catherine Maud Howard. His father worked as a clerk for hardware firms in Massachusetts and in Sherbrooke before attempting to establish his own business in Moncton, New Brunswick in 1915. He claimed to have had a Puritan ancestor who emigrated from Britain to New England in the 1630s.

Frye married Helen Kemp, an educator, editor and artist, in 1937. She died in Australia while accompanying Frye on a lecture tour. In 1986, he married Elizabeth Brown, widow of former MP James Elisha Brown.

He died in 1991 and was buried in Mount Pleasant Cemetery, Toronto, Ontario.

Is Northrop your ancestor? Please don't go away!

ask our community of genealogists a question.
Sponsored Search by Ancestry.com
DNA
No known carriers of Northrop's ancestors' DNA have taken a DNA test. 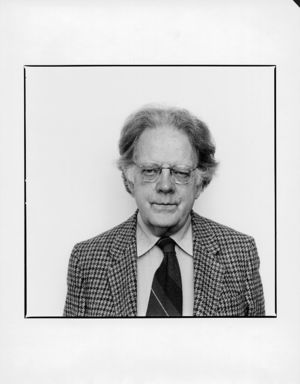 Awarding of Honorary Degrees of Doctor of Athabasca University 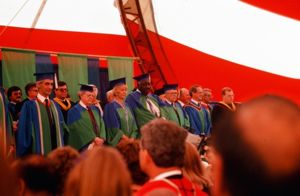 Northrop is 19 degrees from Laurie Giffin, 33 degrees from Toni Morrison and 15 degrees from Henry VIII of England on our single family tree. Login to find your connection.