John "Little John" Fuller was born Jan 11, 1655 in Barnstable, Plymouth Colony, New England. He was the son of Samuel Fuller and Jane Lothrop. He was called “Little John" to distinguish him from his cousin, Dr. John Fuller.

He inherited from his father in 1683 marshland and upland, his father's house, orchard and outbuildings, a 3-year-old horse, "the Indian Jaell" a share of the oxen and Cart, gears and tools, one fat Cow, a bald faced horse, and a Great Bible. Neat Cattle, sheep the remainder of the estate were divided with his brother.

He remained in Scorton Neck until 1694 when he moved to East Haddam.

Note: According to an unsourced family tree handed down to descendant Jema Patterson , John died "between 28 Feb and 20 May 1726."

Sponsored Search by Ancestry.com
DNA Connections
It may be possible to confirm family relationships with John by comparing test results with other carriers of his Y-chromosome or his mother's mitochondrial DNA. Y-chromosome DNA test-takers in his direct paternal line on WikiTree: It is likely that these autosomal DNA test-takers will share some percentage of DNA with John: 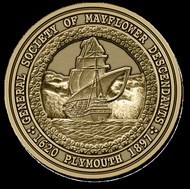 Judy (Flamer) Bramlage
Re: alleged daughter Anne Fuller Rowley: The Silver Book (pg. 18, Mayflower Familes Vol 4) notes that while "Anne has been claimed to be a daughter of John and Mehitable (Rowley) Fuller... she is not named in John Fuller's 1726 will and no land records have been found indicating a daughter's portion turned over to her husband." Recommend that she be detached from these parents unless some compelling evidence has been found.
posted Apr 19, 2021 by Judy (Flamer) Bramlage

Bobbie (Madison) Hall
Thanks for pointing this out, Judy. Do any of our profile managers or other interested parties have any more recent peer-reviewed sources to supply for Anne Fuller as a daughter? We have previously removed the daughter Deborah in a similar case. Any disagreements in removing her, and if so, please supply sources.
posted Apr 22, 2021 by Bobbie (Madison) Hall

Steven Greenwood
As weird as it sounds, should it be noted that John Fuller is a shared ancestor of both Amelia Earhart and Jeffrey Dahmer? Confirmed through Connector.
posted Aug 24, 2020 by Steven Greenwood

Anne B
I agree she should be disconnected. I have added bio and Sources to Deborah. The specific birth date that was on her profile (19 May 1689) belongs to her sister Thankful.
posted Jul 03, 2018 by Anne B