His clan name was Wamąnįga, "Walks on Snow", from wa, "snow"; mąnį, "to walk"; and -ga, a definite article suffix used in proper names. He was a member of the Bear Clan, and specifically, the Black Bear Subclan.

Married Ruby Keahna in 1957 in Chicago, Illinois, and Rhonda L. Quaderer on February 17, 1996 in Tomah, Wisconsin.

He retired from his job as an iron worker.

He was an avid arts and crafts artist and silversmith, Indian gardener of traditional Indian corn and tobacco; a participant in pow-wows, where he was a well-known champion dancer, performer, singer and emcee. He was also a Stand Rock Indian ceremonial performer for over twenty years. He engaged in extensive traveling, and was an avid photographer.

In rodeos to took part in bronco riding and other forms of horse back riding. He liked to fish and hunt, fought in boxing matches, and played basketball. He was a avid Green Bay Packer Fan.

He was a loving father and grandfather with many relatives and had many, many friends throughout the United States, Canada and Mexico. He was preceded in death by his parents, brother, Adam Funmaker; sister, Harriet Funmaker; wife, Ruby E. Keahna; Daughters: Monica, Kathleen, and Thelma Funmaker; sons: Nelson Funmaker and Kunu Funmaker; aunt, Emma Lowe and grandson, Randy Funmaker.

The following members of his family were still alive at his death:

ask our community of genealogists a question.
Sponsored Search by Ancestry.com
DNA
No known carriers of Kenneth's ancestors' DNA have taken a DNA test. 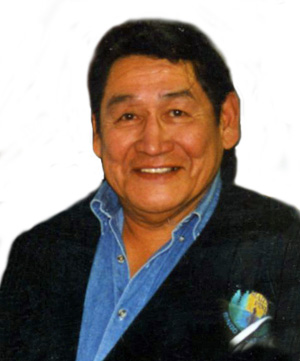