William Clark Gable was born in Cadiz, Ohio, to William Henry "Will" Gable (1870–1948), an oil-well driller, and his wife, Adeline (née Hershelman; 1869–1901. He was named William after his father, but even in childhood he was almost always called Clark.

Clark Gable (February 1, 1901 – November 16, 1960) was an American film actor, often referred to as "The King of Hollywood" or just simply as "The King". Gable began his career as a stage actor and appeared as an extra in silent films between 1924 and 1926, The next year he landed his first leading Hollywood role and became a leading man in more than 60 motion pictures over the next three decades.

Gable served in the US Army and flew combat missions with the 8th Air Force's 351st Bombardment Group. He was awarded the Distinguished Flying Cross and the Air Medal. His separation papers, signed by Captain Ronald Reagan and found in the Reagan (Presidential) Library, list his Military Occupation as Motion Picture Photo-Gunner and his Civilian Occupation as Motion Picture Actor.[1]

Cause of death Coronary thrombosis

Is Clark your ancestor? Please don't go away!

ask our community of genealogists a question.
Sponsored Search by Ancestry.com
DNA
No known carriers of Clark's DNA have taken a DNA test.

Gone with the Wind 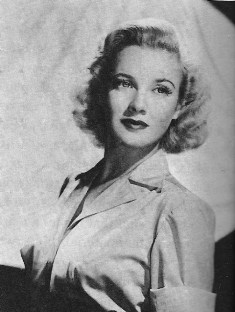 Vicky (Freeth) Majewski
Hi! Would it be appropriate to connect Carole Lombard as his wife? They were married at the time of her death, and are buried together.

(I recently adopted Carole's profile and noticed that they are not listed as spouses...)

Clark is 20 degrees from Donald Howard, 13 degrees from Julia Howe and 16 degrees from Henry VIII of England on our single family tree. Login to find your connection.