Nina, born four months after (Mark Twain - Samuel L. Clemens) her grandfather’s death. She lived most of her life on a trust fund set up by her mother, Clara and supported by the royalties ($1,500 a month) from Mark Twain's writings. Nina attempted to establish herself as a photographer but failed, and she fell victim to alcoholism and drug abuse. She overdosed on barbiturates in 1966 in Los Angeles.

She was the only direct descendant of Samuel L. Clemens.

Nina Clemens Gabrilowitsch, was born August 18, 1910 in Redding, Connecticut and died January 19, 1966 in a hotel at 2011 N Highland Avenue in Los Angeles. Several bottles of pills and alcohol were found in the room with her.

Of all the Twain relatives, perhaps the least is known about Nina. The child of Mark Twain's only surviving child Clara Clemens and her husband Ossip Gabrilowitsch, Nina's childhood appears to have been a happy one. Her first 9 years were spent in Germany and New York. In 1919, the family moved to Detroit, Michigan when Ossip took on the position of conductor of the Detroit Symphony. Nina lived there until she enrolled in Barnard in 1929.

Much has been written about her drinking and she herself thought she had inherited this trait from her famous grandfather, Samuel Clemens. There are also many reports of a "marriage" to a man name Carl Rogeers but that is not the correct name of her long time boyfriend. There is no record of her ever having been married. The man she was involved with for years was named Carl Roters, a famous artist. Although at first Clara didn't approve of this relationship because she thought it contributed to Nina's drinking, it's been reported by one of Carl's relatives that he refused to marry Nina because of her drinking!

Is Nina your ancestor? Please don't go away!

ask our community of genealogists a question.
Sponsored Search by Ancestry.com
DNA
No known carriers of Nina's ancestors' DNA have taken a DNA test. 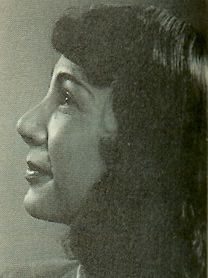