Alexander was born about 1610 son to Alexander Garden of Banchory and his wife Janet Strachan.

His father sold the barony of Banchory in 1623 and the family moved to Old Aberdeen. They had a financial interest in part of the barony of Torry. Alexander may have accompanied his father on his business trips to the Nertherlands and Denmark in the late 1620's.

As a young man he purchased a commission in the army which was sent by Charles I to assist Gustavus Adolphus, King of Sweden, during the Thirty Years' War. He served in the Swedish army from 1631.[1]

He saw distinguished service and was present at the battle of Lutsen in 1632.

In the 1640's he served as a Captain in General Gustavus Wrangell's Life-guard of Dragoons.

On 14 January 1646, at the camp outside the city of Brix, General Gustavus Wrangell, wrote to the Commandant of the castle of Brix, ordering Captain Alexander Garden to govern and defend the castle of Brix “to the last man”.[2] A year later for his diligence Alexander was appointed governor of Dupau on 7 July 1647. [3]

From 1649, Alexander held the rank of Major in the Swedish Army. Charles Gustavus, [afterwards Charles X of Sweden] subscribed to a Passport, dated 9 October 1649, in favour of Major Garden, mentioning that the said Major has served for 18 years.[4]

With Henry Chrispe a business partner in London, Alexander had trading arrangements with merchants in Hamburg during the period 1651 -1653.

It is said that Alexander remained at the Swedish court where he was in high favour with Queen Christina. On the abdication of Queen Christina, in 1654, he returned to Scotland, and purchased the estate of Troup, from Troup of that Ilk.

He married Betty, daughter of Alexander Strachan of Glenkindy, She was probably his cousin.

Alexander and Betty had issue:

As a country house dweller in Gardenstown, Banffshire for more than 30 years, I have always taken a keen interest in the local Kirk of St John, the burial place of Major Alexander Garden, 1st Laird of Troup and his son Alexander Garden, 2nd Laird of Troup and their wives Betty Strachan, daughter of Alexander Strachan of Glenkindy, and Bathia Forbes, daughter of Sir John Forbes of Craigievar.

I visit the chapel frequently and have recently become very concerned not only at the condition of the remains of the building but more particularly the condition of the two grave stones erected by the Garden family. If you are not aware, these stones lie side by side, one remembering the life of Major Garden and his son Alexander and their wives.

The legends on both are rapidly becoming illegible due to the exposure to the harsh climatic conditions of the location of the church on the headland above the village and are presently in danger of further damage as the wall adjacent to them has started to collapse.

These two seventeenth century stones are of huge importance to the history of the village of Gardenstown and should not be lost. I have been in touch with Historic Scotland who is responsible for the church but so far, as my quest is in it's infancy, little been made. They do quite rightly point out that any living descendants would have to be involved/grant permission if any attempts at preservation were to be undertaken. 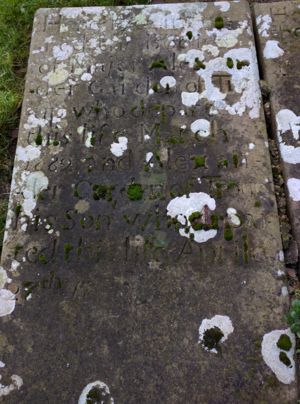 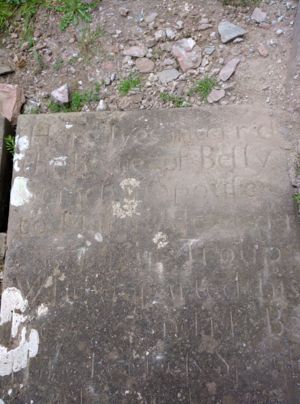 Leave a message for others who see this profile.
There are no comments yet.
Login to post a comment.
David Garden
my branch of the Garden family suddenly appeared at the farm of Rannachy(ie) in 1795. During that year a John Garden married a Mary Symon and had a son also called John. The family remained at Rannachie until about 1960. My Grandfather, George Alexander was the JP for Banffshire - as was Francis Garden of Troup. There is an obviously connection to the Gardens of Troup - can anyone help?
posted Nov 29, 2018 by David Garden