His parents were Ohio farmers. The oldest paternal ancestor in WikiTree is Edward Garfield born about 1528 in England.[1]

View all direct descendants here According to familypedia.com a great-grandson named Newell Garfield married Elizabeth Harrison a descendent of both Presidents William and Benjamin Harrison.

James A Garfield[2] was born on November 19, 1831, in Orange, Ohio. Garfield's father died in 1833, and James spent most of his youth working on a farm to care for his widowed mother. At the age of seventeen, Garfield took a job steering boats on the Ohio and Erie Canal.

Garfield received minimal schooling in Ohio's common schools. In 1849, he enrolled in the Geauga Seminary in Chester, Ohio. After briefly serving as a teacher, Garfield attended the Western Reserve Eclectic Institute (now Hiram College) in Hiram, Ohio. He transferred to Williams College, in Williamstown, Massachusetts, and graduated in 1858. He returned to Hiram College in that same year as a professor of ancient languages and literature. He also served as Hiram's president until the outbreak of the American Civil War. In 1859, Garfield began a political career, winning election to the Ohio Senate as a member of the Republican Party. During the Civil War, Garfield resigned his position at Hiram College and joined the Union Army. He began as lieutenant-colonel of the Forty-Second Ohio Volunteer Infantry and fought in the Battles of Shiloh and Chickamauga. He resigned from the army on December 5, 1863, with the rank of major general.

Garfield resigned his commission because Ohio voters had elected him to the United States House of Representatives. He served nine consecutive terms in the House of Representatives before he was elected President of the United States in 1880. In Congress, Garfield was a supporter of the Radical Republicans. He opposed President Andrew Johnson's lenient policy toward the conquered Southern states and demanded the enfranchisement of African-American men. He was appointed by the Ohio legislature to the United States Senate in January 1880. He declined the office, because he was elected president a few months before he was to claim his seat in the Senate. Garfield served for only four months before he was shot by Charles J. Guiteau. Guiteau had sought a political office under Garfield's administration and was refused. Angered by his rejection, Guiteau shot Garfield while the president waited for a train in Washington, DC. Garfield lived for two more months, before dying on September 19, 1881.

While Garfield accomplished little as president, his death inspired the United States Congress and his successor, President Chester A. Arthur, to reform the public service system with the Pendleton Civil Service Reform Act in 1883. Rather than having the victors in an election appoint unqualified supporters, friends, or family members to positions, the Civil Service was created to assure that at least some office holders were qualified for their positions.

"James A. Garfield became a Master Mason in Columbus Lodge No. 30, Columbus, Ohio, November 11, 1864, the degree being conferred in that lodge as a courtesy to Magnolia Lodge No. 20 of the same city. He there- after, October 20, 1865 affiliated with Garretsville Lodge No. 246 of Garretsville, Ohio. He demitted from Garretsville Lodge to become, May 4, 1869 a charter member of Pentalpha Lodge No. 23, Washington, D. C. Although a number of Presidents of the United States, before, during or after they were President, visited, were associated with, or held honorary memberships in District of Columbia lodges, James A. Garfield has been the only President who was a regular member of a lodge in our grand jurisdiction. He received the Royal Arch Degree and the Ca- pitular work in Columbia Chapter [then No. 15 of Maryland, now No. 1 of the District of Columbia], and the Templar Degrees in Columbia Commandery No. 2, Washington, D. C., all in 1866. Later, in 1872, he received the Scottish Rite's Lodge of Perfection degrees, the 6th through the 13th Degrees being communicated to him in person by Grand Commander Albert Pike. Columbia Commandery was part of the Honor Guard at President Garfield's inauguration on March 4, 1881. He was therefore a member in a Symbolic Lodge, and in the Capitular, Templar and Scottish Rites in the District of Columbia. " from pages 66-68 "SESQUI-CENTENNIAL HISTORY"

A remembrance from Garfield’s farm foreman:

Mentor, O., Dec. 28, (U. P.) — Thomas Northcott, once a farm foreman for James A. Garfield when the latter was a United States senator, quietly observed his 95th birthday anniversary today.

”Mr. Garfield could swing a scythe with the best of us,” Northcott, a native of England, recalled. He enjoyed driving a yoke of cattle and helping his farm hands in the field.

Northcott planted the maple trees at Awnfield, family home of the late president, along U. S. Route 20.

Sponsored Search by Ancestry.com
DNA Connections
It may be possible to confirm family relationships with James by comparing test results with other carriers of his Y-chromosome or his mother's mitochondrial DNA. However, there are no known yDNA or mtDNA test-takers in his direct paternal or maternal line. It is likely that these autosomal DNA test-takers will share DNA with James: 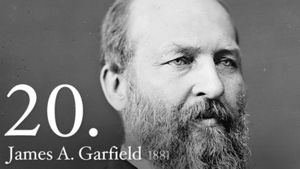 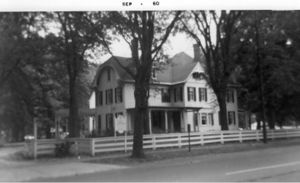 James A Garfield 20 Cents US Postage 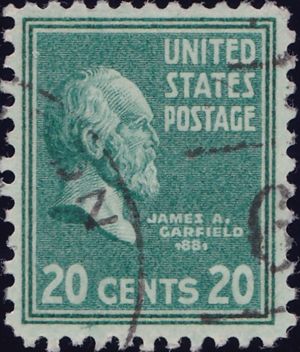 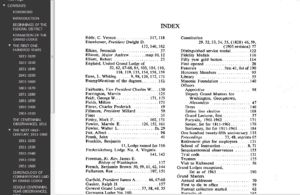 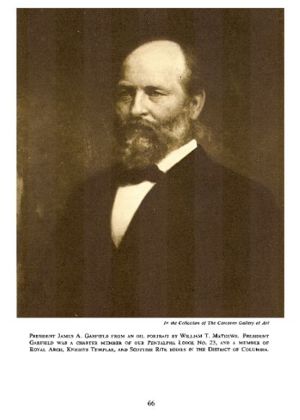 Cathryn (Hallett) Hondros
From a biography of George L. Felch:

... In 1864 he taught one term in the East Springfield Academy, Pennsylvania; and after that was employed at Hiram College two years, James A. Garfield being at this time connected with the school as Advising Principal. ...

From Biographical History of Northeastern Ohio: Embracing the Counties of Ashtabula, Geauga and Lake. Containing Portraits of All the Presidents of the United States, with a Biography of Each, Together with Portraits and Biographies of Joshua R. Giddings, Benjamin F. Wade, and a Large Number of the Early Settlers and Representative Families of To-day, 1893, pages 579, https://books.google.com/books?id=c5SQWU7LOm4C&pg=PA579

 ... since then he (Mr. Nelson Almon Cowdery) has been connected with the Christian Church. In the early days he heard President Garfield preach.

Robin Lee
Garfield-42 and Garfield-39 appear to represent the same person because: based on dates and wife
posted Sep 16, 2019 by Robin Lee

Mentor, O., Dec. 28, (U. P.)  Thomas Northcott, once a farm foreman for James A. Garfield when the latter was a United States senator, quietly observed his 95th birthday anniversary today.

Mr. Garfield could swing a scythe with the best of us, Northcott, a native of England, recalled. He enjoyed driving a yoke of cattle and helping his farm hands in the field.

Northcott planted the maple trees at Awnfield, family home of the late president, along U. S. Route 20.

Ray Jones
Sure - sounds good - this definitely is a relevant category. Is there another source for him being a freemason other than Wikipedia (i.e. i believe that our source guidelines encourage us to use an original source to support a fact about a person)?
posted Dec 21, 2017 by Ray Jones

James is 19 degrees from Donald Howard, 12 degrees from Julia Howe and 14 degrees from Henry VIII of England on our single family tree. Login to find your connection.