Isaiah Clark Gary was a physician who ran the People's Hospital in Chicago in 1913 when May Moody died there. On the 1910 census he is listed as married however his wife is not enumerated with him. Gary's first wife, Minnie Hayes, is enumerated on the 1910 census with her second husband, Charles Putnam, and is listed as being in the Putnam marriage for 8 years. Ethel Gary is enumerated on that same census with her mother and step father as "Ethel Putnam" [1].

I. Clark Gary married his second wife, Emma Bollinger, on August 1, 1906. According to an article in the Chicago Tribune announcing the marriage ("Romance in a Hospital: Honeymoon in Yellowstone", August 2, 1906, page 6) Emma was head nurse at the People's Hospital for several years prior to marrying Dr. Gary.

In the Polk's Chicago Directory 1923 he is listed as "pres., People's Hosp. & Training Sch" however the 1920 census lists the superindentant of the People's Hopsital as a nurse named Lydia O'Shea [2]. On the 1930 census [3] his occupation is listed as "painter" and the industry in which he works is "odd jobs" however his obituary and his death certificate [4] indicates he was still practicing medicine when he died in 1935. I. Clark Gary died insolvent.

Read about the mystery surrounding May Moody's death: http://capturedandexposed.com/2020/02/07/family-secrets/

Is I. Clark your ancestor? Please don't go away!

ask our community of genealogists a question.
Sponsored Search by Ancestry.com
DNA
No known carriers of I. Clark's DNA have taken a DNA test. 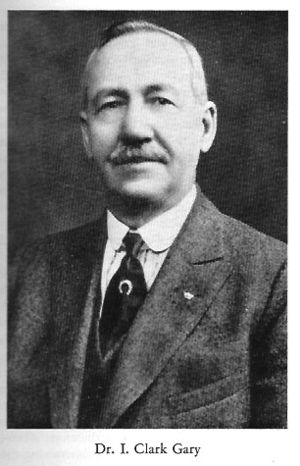 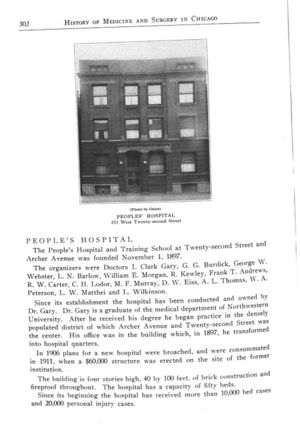 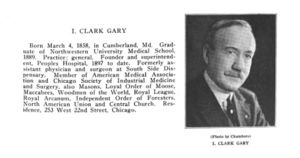 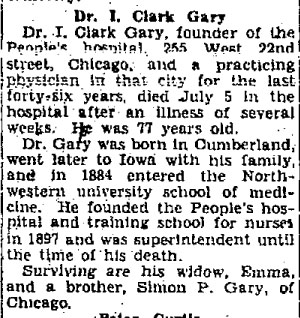 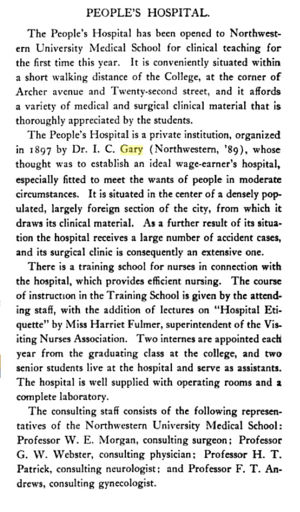 I. Clark is 20 degrees from Danielle Liard, 16 degrees from Jack London and 15 degrees from Henry VIII of England on our single family tree. Login to find your connection.