Sir William Gascoigne Kt. (c.1350 – 17 Dec 1419) === THE PEERAGE 158178, has his birthday 1335, at Gawthorpe, Yorkshire England. Mother Agnes Franke, and Elizabeth Mowbray as the daughter of Alexander of Kirklington. I believe you have an extra generation of William Gascoigne and Margaret Franke.

18th Great Grandfather of Queen Elizabeth II through her mother.

Is William VIII your ancestor? Please don't go away!

ask our community of genealogists a question.
Sponsored Search by Ancestry.com
DNA
No known carriers of William VIII's DNA have taken a DNA test. 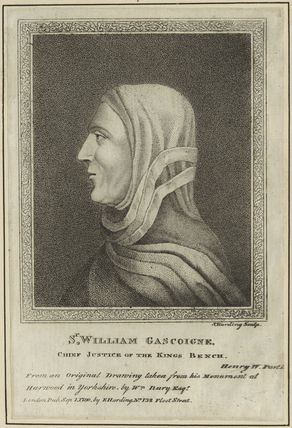 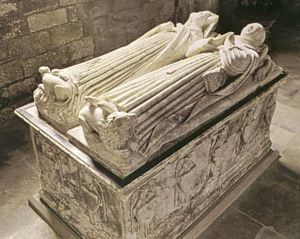 Leave a message for others who see this profile.
There are no comments yet.
Login to post a comment.
Isaac Taylor
Can one of the (many) profile managers clean up this bio? It includes, apparently, comments or notes written from one researcher to another ("I" statements).
posted Mar 02, 2020 by Isaac Taylor
Kenneth Kinman
The years of birth for his children seem very wrong. William IX should be the oldest son (b. ca. 1380?).

James, Christopher, Robert, and Richard are sons by the second wife, so they should all be born after 1400.

Three years have passed, but the self-contradictions have not been addressed by the profile manager(s). Our bio says sons Christopher, James, Robert and Richard (etc) are by second marriage; yet their WikiTree birthdates published to the world for the last 1000 days, precede their actually-elder (half) brother William, who inherited. This is impossible.

Respectfully, if you are managing this profile, please work on it. If you are not, consider removing yourself. It would be better to have an orphan than a zombie profile, right? (Because then somebody else would claim it, and volunteer to actively improve it.)