Based on the baptismal record of George Gdovin in the Roman Catholic church parish records for Jaklovce, Gelnica, Slovakia (then part of the Austro-Hungarian Empire), I knew that he was born on 24 Dec 1876 and baptized on 26 Dec 1876. His parents were listed as Georgius (the Latin form of George) Gdovin and Anna Klein, who resided at house no. 23 in Nagy Folkmar, the Hungarian name for Velky Folkmar. As a side note, George the father had previously had at least four other sons named George by a different wife, Maria Roskovensky (not the same as the mother of Mary Larko!), but the sons had all died. As in many countries, it was the Slovak custom to reuse a name until a child survived. It appears that Maria died sometime between 1871, after the death of the 4th George, and 1875. I’ll have more to say about Anna Klein in a future email, but for now suffice it to say that there were at least 13 Anna Kleins living in Nagy Felkmar in 1869, so I’m still working on analyzing the evidence. I’ll also write a separate email about Maria Roskovensky, because there were at least two of them, one who was George the father’s wife and one who was probably Mary Larko’s mother! Anyway, fortunately there was only one extended Gdovin family, all living in house no. 23, except for a Maria Gdovin who was married and living with her husband. I suspect she was George the father’s sister. Given what I knew, I went to the 1869 census for Slovakia at https:/familysearch.org/ark:/61903/3:1:3QS7-L992-K8S4?i=45&wc=QZ7W-377%3A323642001%2C323897101%3Fcc%3D1986782&cc=1986782. Note that this was really a census for the Kingdom of Hungary, since Slovakia didn’t exist yet as a country. Based on previous historical research, I knew that Nagy Folkmar was part of the old Hungarian county of Szepes, so I drilled down until I found Nagy Folkmar. Unfortunately, these microfilm images haven’t been completely indexed yet, so I scrolled through the images one at a time looking for the names Gdovin, Klein, Roskovensky, and Grega (the latter was believed to be Mary Larko’s mother). I had previously researched the contents of the 1869 Hungarian census at FamilySearch and http://iabsi.com/gen/publicCensusMain.htm. After finding several Klein families, I came to the family of György Gdovin; György is Hungarian for George. Most Hungarian records prior to a certain date are in Hungarian (except for church records, which were in Latin)—even the personal names, despite the fact that the inhabitants probably spoke Slovak. As you can see when you look at the image and my translation, three György Gdovins are listed, along with Maria Roskovensky and several other people. The youngest György was born in 1869; I have also found a baptismal record for a Georgius Gdovin, son of Georgius Gdovin and Maria Roskovensky, baptized on 29 Jun 1869. The clincher was that the census lists them as living at house no. 23 in Nagy Folkmar. So this is what I now know, starting at the top of the census form, using the names in the census: György Gdovin, born 1814, head of the household and farmer; our George’s grandfather. He’s listed as a “telkes” (smallholder) and "saját földműves” (proprietary farmer), so he owned his own small farm rather than working someone else’s farm. Maria Danko, born 1820, his wife; probably our George’s grandmother György Gdovin, born 1832, György's son; probably helped his father on his farm Maria Roskovensky, born 1836, his wife András Gdovin, born 1848, "his son,” but ambiguous; relationships were to refer to the head of the household and be listed in order of birth; given that the younger György would have been only 16 at the time, I believe he was György the elder’s  son.  Most men didn’t marry until their 20’s because they had compulsory military service starting at age 20. I’ll double-check the baptism register. Johann Gdovin, born 1860, son of György the younger. The census lists him as just “fiak,” not “annak fia,” like György the younger and András. “Annak” means his, which would have referred to György the elder. Also, György the younger was 28 when Johann was born, while György the elder was 46. The elder already had a son named Johann (see below). György Gdovin, born 1869, son of György the younger, confirmed by the baptism record. Johann Gdovin, born 1845, son of György the elder; farmer Anna Hudlák, Johann’s wife Anna Gdovin, Johann & Anna’s daughter János Gdovin, Johann & Anna’s son Maria Gordan, an orphan The census also tells us a little about their house and livestock. They had a one-floor house without a loft with one bedroom and one storage room. So there were 12 people sleeping in one room! They probably had more room for their livestock than they did themselves. This was quite common for peasant farmers, however. Based on the number of livestock they had, they were pretty well off. I’ve attached the three images from the census for this family, as well as my transcription and translation. The handwriting was really hard to decipher in places, so I used several lists of Hungarian genealogical terms, an online Hungarian dictionary, and Google.hu to help me guess at the transcription. It’s not perfect, especially the occupations, but it’s close.

Is György your ancestor? Please don't go away!

ask our community of genealogists a question.
Sponsored Search by Ancestry.com
DNA Connections
It may be possible to confirm family relationships with György by comparing test results with other carriers of his Y-chromosome or his mother's mitochondrial DNA. However, there are no known yDNA or mtDNA test-takers in his direct paternal or maternal line. It is likely that these autosomal DNA test-takers will share some percentage (beta) of DNA with György: 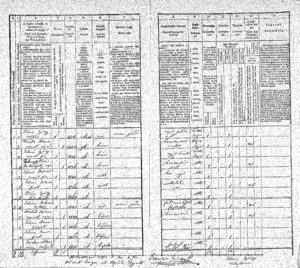 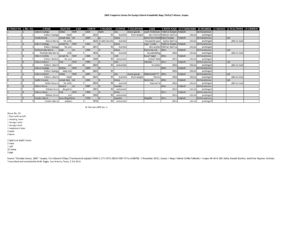