A noted producer with a temper, Samuel Goldwyn is a name that most people won't even realize they know. The "Goldwyn" in MGM, despite being booted before a merger created the noted film company, comes from The Goldwyn Co. which he founded with Edgar and Archibald Selwyn (the "wyn"(s) of Goldwyn) when his name was Samuel Goldfish (the "Gold" in Goldwyn).[1]

He was awarded the Irving G Thalberg Memorial [Academy] Award twice - once in 1939 and again in 1947. He received the Jean Hersholt Humanitarian [Academy] Award in 1956.[3]

Samuel (Gelbfisz) Goldwyn was awarded the Presidential Medal of Freedom. 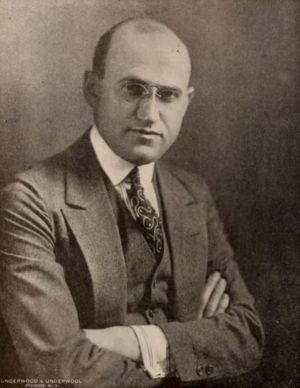 Samuel is 22 degrees from Donald Howard, 20 degrees from Julia Howe and 19 degrees from Henry VIII of England on our single family tree. Login to find your connection.