John Geste aka Ghest
Born before 1476 in Handsworth, Stafford, England

Birth and death dates of John Geste are unknown. The regnal year 12 Henry VII is from August 1496 to August 1497. If the lineage outlined by Burke is correct it would probably place John's birth and Margaret's birth before 1496. Based on this lineage from Burke an estimated birth is about 1475 and an estimated death is about 1525. An estimated marriage date is 1496.

According to Burke: "The family of Geste or Ghest derives from John Geste or Ghest, of Handsworth, in the county of Stafford, who was admitted tenant of copyhold lands there, in the 12 Henry VII. He m. Margaret Hawkes, daughter and heiress of Thomas Hawkes, and great granddaughter of Henry Hawkes, of Hopwode, in the county of Worcester, close to Row Heath, in right of whom John Ghest claimed a messuage and lands there." John and Margaret had children: Richard, his heir, Laurence of Row Heath, and Thomas whose son Edmund having taken holy orders acquired high distinction in the church.

Edmund Geste or Guest (1518-1577 according to wikipedia) grandson of John Geste and Margaret Hawkes Geste was appointed deacon of Canterbury in 1559, consecrated Bishop of Rochester in 1560, and constituted Bishop of Salisbury in 1571 and was one of the Reformers. He was distributor of alms on behalf of Queen Elizabeth from 1560-1572. He was interred in Salisbury Cathedral in 1676 according to Burke and bequeathed his library. 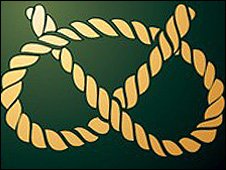