Since her husband's sickness and death, Mrs. Strader has taken full charge of all business affairs, and has managed well beyond the capacity and success of the average woman. Besides the eighty-acre home-place, she owns a tract of forty acres adjoining, making 120 acres which she controls and operates. Her seven children have rendered her valuable assistance.

Of such a promising, accomplishing and devoted family, any parent may well be proud. Mrs. Strader has always taken an active part in church and Sunday school work and is now superintendent of Central Sunday school. She also continues the raising of high grade stock. [4] 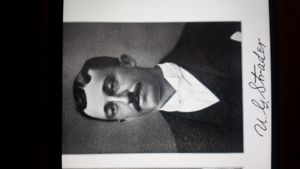 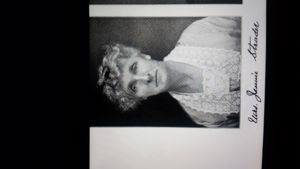