Dick Gillanders and David Quinn say: William and his wife left for Halifax in Canada from Londonderry, sailing on the Cameronia. Accompanying him were their two youngest children Ruby aged 18 and Maurice (or Morris)aged 15. On the manifest William gave his occupation as "labourer"; his wife Anne as "housewife", Ruby as "domestic" and made no declaration for Maurice. There were 374 passengers registered on this 9606 tonnage vessel. His other children, with the exception of George, had already either left home for work purposes (Jean had become a nurse and James a policeman)or had emigrated to the USA or/and Canada.

Both William and Anne returned to Ireland at some unknown date and lived at 7 Sleive Foy Place, Warrenpoint and were joined by Ruby in 1938. Ruby returned to Canada on board the Letitia travelling from Belfast to Montreal. The ship was 8242 tonnage and carried 29 passengers. Until William's death William and Anne lived in Warrenpoint. On his death Anne moved to live with her son James in Strabane. 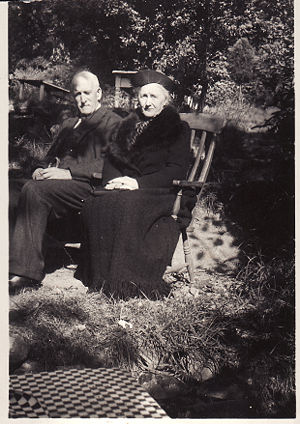 Passenger Manifest for William, Anne, Ruby and Morris from Londonderry to Halifax 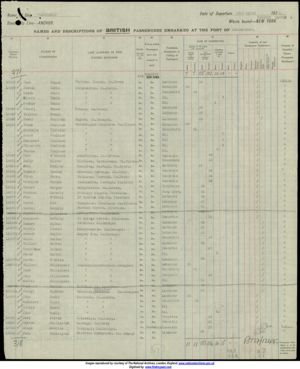 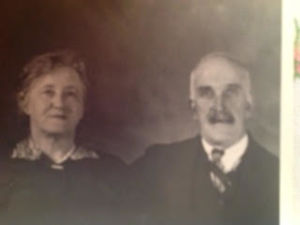 Elizabeth Knox
Have an 1869 Irish Civil Birth Record to add.Perhaps you have it already?