Clair Amasa Gilson was born and raised in Niles, Berrien Co., Michigan. He held a degree in engineering from Michigan State University.

He was unable to serve during World War I due to having "Brights Disease".

Clair Gilson was a civil engineer and developed a circular slide rule for use by banks, businesses and accounting offices. This new form of a slide rule was patented by Gilson on October 19, 1915 and was considered far more accurate than the traditional straight slide rule.

The very first circular model was printed paper glued to a 3 5/16” plywood disk. Later it was placed on a 4” steel disk. He began selling the new circular slide rule in Niles, Michigan. The original symbol for the business was the "Be Wise" owl.

About 1919, George W. Richardson who owned Richardson Rule Works (for figuring the scales), sold that business to Clair Gilson. Additional patents by Gilson included a Mechanical Calculating Device in 1922.

By 1927, Gilson with his wife and sons had moved to St. Lucie County, Florida.

The Gilson Slide Rule Company was re-established near Bessey Creek along the North Fork of the St. Lucie River at the southern edge of St. Lucie County.

A few of the various types of Gilson slide rules included the Gilson Binary Slide 8, the Midget Slide Rule (with a diameter of 4") and the Gilson Atlas Slide Rule.

Orders for the slide rules came from all across the United States and many foreign countries. In 1930, a Gilson Slide Rule could be ordered for $2.00.

In 1937, Clair's son, Richard Gilson, while still a teenager, calculated and drew the scales and divisions, resulting in a 75 foot effective scale good for four decimal places.

The Gilson family carried on a highly success business over the decades.

By the beginning of the early 1960s, Clair Gilson's health was in a serious decline. Daniel W. Fagen, a long time friend and businessman in the area had continuously asked Gilson to sell him the slide rule business. Clair finally agreed and the sale was made final in May 1, 1962. This was Clair's life long business of 47 years.

Just a few weeks later, Clair passed away on May 17, 1962, at the age of 72 years old, unable to completely instruct Daniel on the full manufacturing process of the slide rules. A road near Britt Road, close to the Gilson home and slide rule company was named Gilson Road.

Daniel Fagen with his wife Roxine, owned the Fagen Transfer Storage Company on Flagler Ave. in Stuart, FL. Daniel moved the slide rule operations and equipment to Flagler Avenue. By trial and error he learned the process and especially how to construct parts for the manufacturing equipment, much of which was over 40 years old.

By the early 1970s, Fagen sold the slide rule business to another individual, who also had to learn the process. However, he was unable to achieve any success from the business since the new electronic calculators had come onto the general market and were highly successful.

Sponsored Search by Ancestry.com
DNA
No known carriers of Clair's DNA have taken a DNA test. 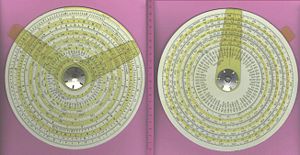 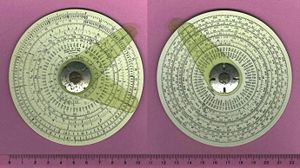 Leave a message for others who see this profile.
There are no comments yet.
Login to post a comment.
Craig Albrechtson
I found the marriage record for him and changed his marriage date to reflect it. I also added the source.
posted Dec 01, 2016 by Craig Albrechtson