Of Lancaster, NY, April 23, 1998, husband of the late Susan (Mancuso) Giorgini; father of Daniel J. (Mary), Eugene (Ann) and Anne (Melvin) Parker; grandfather of 13; great-grandfather of 22 and great-great-great grandfather of five; brother of Americo and Dominic and the late Lavinia Roaldi and Harry Giorgini. A Mass of Christian Burial will be celebrated at Our Lady of Pompeii Church Saturday morning at 9:00 AM. Family present at the WENDEL & LOECHER INC. FUNERAL HOME, 27 Aurora St., Lancaster, Friday 2-4 and 7-9. In lieu of flowers donations may be made to Hospice.

Is Guido your ancestor? Please don't go away!

ask our community of genealogists a question.
Sponsored Search by Ancestry.com
DNA
No known carriers of Guido's DNA have taken a DNA test. 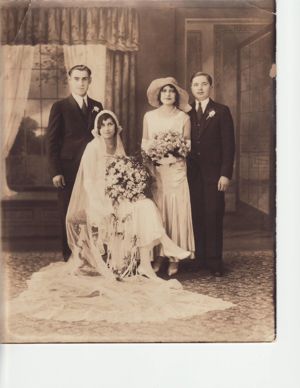