Richard Gird was involved in the "Wild, Wild West," part of the westward expansion of the United States. Join the Wild Wild West Project.

Richard Gird moved to Arizona in 1861 and for several years following worked as a prospector along the Colorado river. In 1864, Gird was authorized by the Territorial Legislature to make a map of Arizona. The map was the first Territorial map ever issued.

In 1878, Gird and the Scheiffelin brothers discovered the silver mine, which the town of Tombstone, Arizona was built upon. Gird was one of the original incorporators and superintendent of the Tombstone Mill and Mining Company. He designed the first mill ever erected in the town. He additionally was very involved in the erecting of Tombstone and was the first Postmaster and Mayor appointed to the town.

In 1881, Gird sold out his interests in Tombstone, and relocated to San Bernardino County, where he purchased Chino ranch, and thus founded the City of Chino, California. 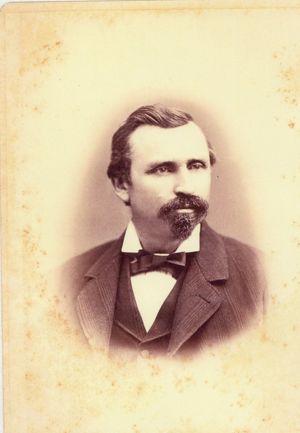