Melinda was born in 1859.[1] She was the only child of Nicholas Goatcher and Lydia (Hardin) Goatcher. Lydia passed away shortly after giving birth to Melinda. Melinda was effectively raised by her paternal grandmother, Alice (Woodrome) Sexton, since Nicholas was also apparently out of the picture relatively soon after her birth.

Melinda became the main caregiver for her own granddaughter, Ruby (Smith) Duckworth, since Ruby's mother, Thalia (Keel) Smith, had died when Ruby was about only 10 months old.[2] Melinda passed away in 1923 in Lawrence County, Arkansas, having had eight children with her husband, George Smith.

Is Melinda your ancestor? Please don't go away!

ask our community of genealogists a question.
Sponsored Search by Ancestry.com
DNA Connections
It may be possible to confirm family relationships with Melinda by comparing test results with other carriers of her mitochondrial DNA. However, there are no known mtDNA test-takers in her direct maternal line. It is likely that these autosomal DNA test-takers will share some percentage of DNA with Melinda: 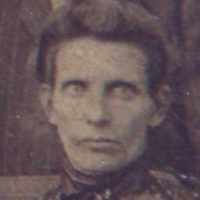