Mary Wollstonecraft Godwin was born on 30 August 1797 at 29 The Polygon, Somers Town, London,[1] in the parish of St Pancras in the County of Middlesex, England. [2][3] She was the only daughter of William Godwin, the political philosopher and author; and the second daughter of Mary Wollstonecraft, the writer and philosopher famous for her 1792 work A Vindication of the Rights of Woman'.

Mary Wollstonecraft died of puerperal fever eleven days after her daughter Mary's birth[1][4] and was buried in St Pancras Churchyard. [5]

As non-conformists, Mary's family did not have her baptised in an Anglican church. Her birth was, however, registered nearly six months later on February 12, 1798 at Dr Williams's Library. The witnesses were Mary Hobby and Elizabeth Fenwick. [2][3]

Mary's childhood family life was unconventional. After her mother's death, William Godwin took over the care of both Mary, and her half-sister Fanny Imlay, the illegitimate daughter of Mary Godwin and Gilbert Imlay. In 1801 William married again: his new wife, Mary Jane Clairmont, (nee Vial) already had two illegitimate children, Charles Gaulis Clairmont (born 1795) and Clara Mary Jane (Claire) Clairmont (born 1798). William and Mary Jane had a son, William (born 1803) together, so the household contained five siblings all partially related in some way by marriage or birth. [1]

Mary received most of her education from her father, who taught her ancient and modern history, literature, mythology, and the Bible. She also had art and French lessons from tutors, and studied Latin. But it was not just the subjects that she was taught that informed Mary's intellectual development. As Betty Bennett notes in her article on Shelley in the Oxford Dictionary of National Biography, 'William Godwin set a high intellectual standard for the household, encouraging the children's aptitudes and imaginations, and instilling in Mary Godwin confidence in her own power and responsibility to effect change as an activist in a society in transition'.[1]

Mary Godwin met the poet Percy Bysshe Shelley and his wife Harriet in late 1812. By the middle of the next year Mary and Shelley had fallen in love, and on 28 July they eloped together to the continent, leaving Harriet Shelley with a three year old daughter and another baby on the way. Two years later, Mary was pregnant with her first child, and the couple, in severe financial difficulties, returned to England, where they were greeted with disapproval from family and friends. [1]

In 1816, Shelley having received an inheritance from his grandfather the year before, the couple spent the summer in Geneva, Switzerland, with their friend Lord Byron, his physician John William Polidori, and Mary's stepsister Claire Clairmont. They also took their son William, now four months old. It was here that Mary conceived the idea for her iconic novel Frankenstein. [1]

Mary and Percy's son William was not baptised until two years later, on March 9 1818 in the parish of St Giles in the Fields, Middlesex. His baptism took place at the same time as his younger sister Clara Everina (born 1817) and Clara Allegra Byron, the daughter of Lord Byron and Claire Claremont. The Shelley's address at the time of the baptism was 119 Great Russell Street, London. [12]

In 1818, soon after the baptisms, Mary and Percy travelled with their children, and Claire Clairmont and her daughter Allegra Byron, to Italy. There, on 24 September, aged only one year and 3 weeks, Clara Everina Shelley died of dysentery. In June of the next year, in Rome, their son William died of malaria. Percy Florence Shelley, who was to be their only surviving child, was born in Florence the following November. [1]

In 1822 the Shelleys, still living a migratory life in Italy, were spending the summer in a villa, "Casa Magni" (now known as "Villa Magni") [13], in San Terenzo on the Lerici Coast. On 8 July, Percy Shelley and his friend Edward Williams, returning from a trip to welcome their friends Leigh and Marianne Hunt to Italy, drowned in a storm in the Gulf of Spezia. [1] Shelley's body was washed ashore ten days later near Viareggio. Edward Trelawney, who wrote an account of the discovery of his body and its later cremation on the beach, stated that he snatched Shelley's heart from the pyre. This organ became a source of conflict between Mary and Leigh Hunt, Mary eventually winning the battle for its custody. [14]

A year after Shelley's death Mary returned to England. She continued to write, and also edited and published her late husband's works.[1] She was recorded on the 1841 Census living at 34 Half Moon Street, Mayfair, in the parish of St George, Hanover Square, London. In the household with her was her son Percy (aged 20) and four servants. Mary was recorded as being of Independent Means. [15]

In 1849 Mary gave a barrel organ to the church of St Mary, Avington. The writing on the panels records that the organ was given by Mrs Shelley on Christmas Day 1849. [16]

Mary died on February 1 1851, probably from a brain tumour. [1] She was buried at St Peter's Church, Bournemouth, and the remains of her parents William Godwin and Mary Wollstencroft were moved from St Pancras churchyard to lie with hers. [17]

Images: 5
The Shelley Grave in Bournemouth. Here lie buried Mary Shelley, her parents, her son and his wife. It is said that Percy Shelley's heart is also buried here 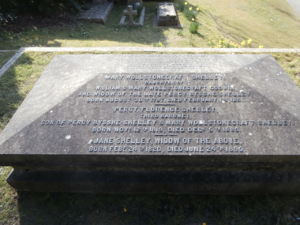 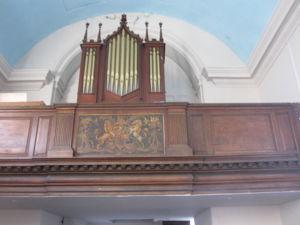 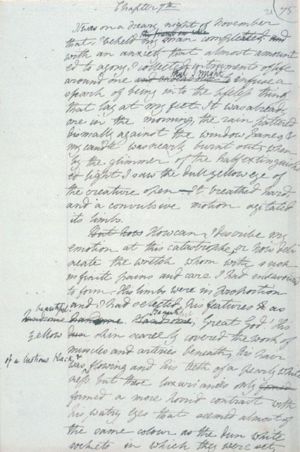 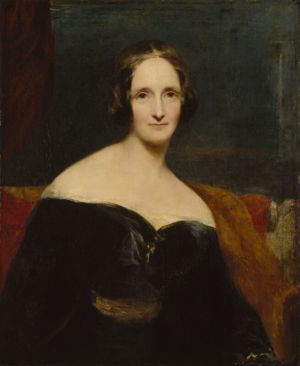 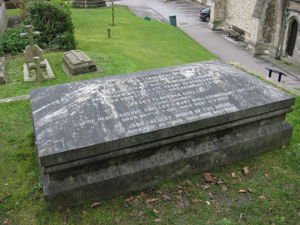 Leave a message for others who see this profile.
There are no comments yet.
Login to post a comment.
Paul Betteridge
I think the statement starting "Mary's non-conformist baptism was registered..." is incorrect. The records kept at the registry that was maintained in Red Cross Street were of births, not baptisms (as is clear from the linked images.)
posted Apr 25, 2020 by Paul Betteridge

Gillian Thomas
Hi Lynden, I've proceeded to add the England Project as profile manager to this profile as discussed. Thanks!
posted Apr 11, 2018 by Gillian Thomas

Gillian Thomas
Hello Lynden, the England Project would like to take on the management of this project protected profile, as per About Project Protection. Please contact me if you would like to discuss, otherwise I'll proceed in a week or so. Thank you.
posted Apr 05, 2018 by Gillian Thomas

Mary is 21 degrees from Donald Howard, 15 degrees from Julia Howe and 14 degrees from Henry VIII of England on our single family tree. Login to find your connection.