Paul Joseph Goebbels (29 October 1897 – 1 May 1945) was a German politician and Reich Minister of Propaganda of Nazi Germany from 1933 to 1945. He was one of Adolf Hitler's close associates and most devoted followers, and was known for his skills in public speaking and his deep, virulent antisemitism, which was evident in his publicly voiced views. He advocated progressively harsher discrimination, including the extermination of the Jews in the Holocaust.

Hitler appointed Goebbels as Reich Chancellor in his will, and shot himself on April 30, 1945. On the evening of 1 May 1945, after poisoning his six children, he and his wife committed suicide. 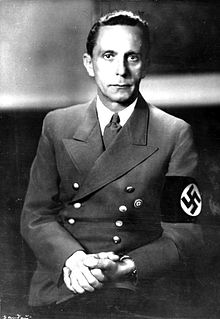 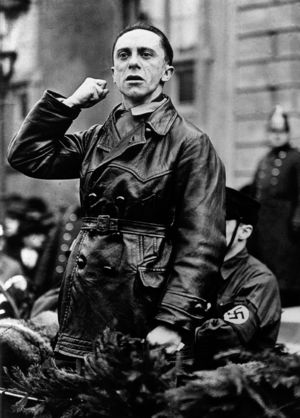