Maria Goeppert was born on Jun 28, 1906 in Kattowitz, German Empire (now Katowice, Poland) and her parents were Maria (Wolff) and Friedrich Goeppert.

She studied under multiple Nobel laureates, including Max Born, at the University of Göttingen in Germany and in 1930 earned a doctorate in theoretical physics.

She moved to Johns Hopkins University as a volunteer associate and then to Columbia University, where she worked on separating uranium-235 from natural uranium as part of efforts toward an atomic bomb.

In 1946 she moved to Chicago, Illinois, USA and started working at the University of Chicago and Argonne National Laboratory. [1]

She was known for proposing the nuclear shell model of the atomic nucleus. She is the second and last woman to become a Nobel Laureate for physics, after Marie Salomea (Skłodowska) Curie.

Despite her accomplishments, she did not receive a full-time faculty appointment until 1960, at the University of California at San Diego. She suffered a stroke shortly afterward, but kept teaching and working on the shell model until her death.

The 1963 Nobel Prize in Physics was shared by Marie Mayer, Hans Jensen and Eugene Wigner.

Sponsored Search by Ancestry.com
DNA
No known carriers of Maria's DNA have taken a DNA test. 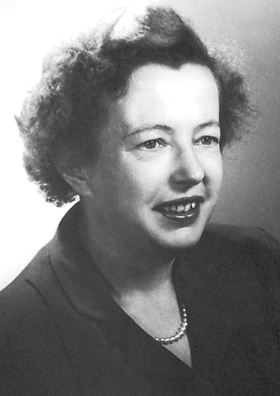