Ethel Smith graduated from Carnegie Tech, having majored in piano. She got a job as an organist in California, and then went to Rio de Janeiro for a four-week booking. She ended up staying much longer, and it was an Argentinian dance hall beat that inspired her most popular song, "Tico Tico."

She returned to the United States during WWII, and "Tico Tico" became a major hit in New York and across the country.

She was asked to appear in several films, and made enough money to live well. She eventually concentrated more on acting, appearing in a number of plays.

She did not have any children and died following a progressive illness.

Organist who toured widely in the 1940s, playing both popular and classical music.

ask our community of genealogists a question.
Sponsored Search by Ancestry.com
DNA
No known carriers of Ethel's ancestors' DNA have taken a DNA test. 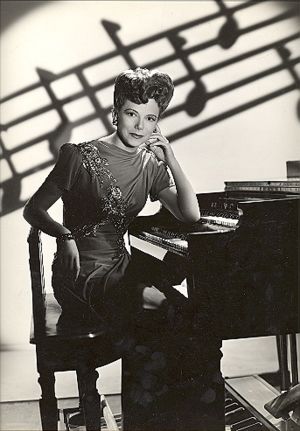