Juliette Magill Kinzie Gordon was born on October 31, 1860, in Savannah, Georgia. She was named after her grandmother, Juliette Augusta Magill Kinzie, and nicknamed Daisy (a common nickname at the time) by her uncle. She was the second of six children born to William "Willie" Washington Gordon II, a cotton broker with the firm Tison & Gordon[3] (later renamed to W. W. Gordon & Company), and Eleanor "Nellie" Lytle Kinzie, a writer whose family played a role in the founding of Chicago. Six months after her birth, her father joined the Confederate States Army to fight in the American Civil War.

She married William Mackay Low in Savannah on her parents' wedding anniversary, December 21, 1886. William Low died from a seizure in June 1905, before the divorce was finalized.

Gordon Low developed breast cancer in 1923, but kept it a secret. Gordon Low died in Savannah on January 17, 1927. Gordon Low was buried in her Girl Scout uniform, at Laurel Grove Cemetery..

Is Juliette your ancestor? Please don't go away!

ask our community of genealogists a question.
Sponsored Search by Ancestry.com
DNA Connections
It may be possible to confirm family relationships with Juliette by comparing test results with other carriers of her ancestors' mitochondrial DNA. However, there are no known mtDNA test-takers in her direct maternal line. It is likely that these autosomal DNA test-takers will share DNA with Juliette: 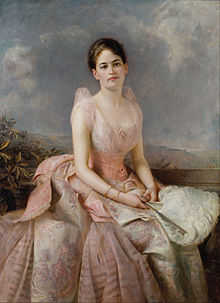 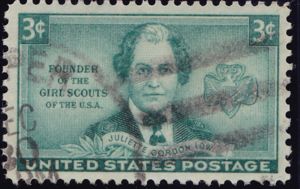 Juliette is 20 degrees from Donald Howard, 17 degrees from Julia Howe and 14 degrees from Henry VIII of England on our single family tree. Login to find your connection.