In 1870, Christian appeared in a census at Visperterminen in Canton Valais/Wallis, Switzerland, with household:[1]

Christian Gottsponer immigrated and arrived in the US on Oct 1 1883 along with 10 other family memebers - port of departure was LaHavre France & he stated that his destination was Texas - They traveled on the ship Normandy and their port of arrival was New York.

International Genealogical Index shows he was born in Kanton Wallis, Kolliken, Aargau, Switzerland May 23, 1833 and shows parents' names but no info on them

Visp is the gate to an enchanted garden of the Alps, perhaps the very noblest and most inspiring spot in Switzerland. It seems almost incredible that Zermatt had to be practically rediscovered for modern tourists, although the Th^odule Pass was undoubtedly used in Roman times. In 1789, De Saussure paid the first recorded visit of a traveller, the details of which have reached us. His reception by the astonished inhabitants was anything but pleasant. A few years later, an English party visited Zermatt, and as this century advanced, an increasing number of bota- nists, naturalists, and geologists made it a happy hunting-ground. Such men as Sir John Herschel, Agassiz, Desor, the two Forbes, Tyndall, and Ruskin were among early visitors. One by one, the giant peaks were scaled until, in 1865, Mr. Whymper capped the climax by his daring ascent of the Matterhorn.

The first travellers took shelter with the parish priest, Pfarrer Gottsponer; but, in 1839, ^^' Lauber, the village doctor, built an inn, which was later bought by M. Alexandre Seiler, and called the Hotel de Monte Rosa.

The Rev. W. A. B. Coolidge, who has made some remarkable studies in the byways of Swiss history, finds that Zermatt is mentioned in documents dated as early as 1280, and thinks the settlement must doubtless be much older. The inhabitants were originally probably united in a free Mark, but ultimately fell into feudal dependence upon certain powerful families in the Rhone Valley.


Memories: 1
Enter a personal reminiscence or story.
Kelly (O'Neill) Gottsponer
The ship La Normandie that the Gottsponers sailed upon to travel to the US, was launched October 28, 1882 & the maiden voyage was May 5, 1883 from Havre, France to New York. Since the Gottsponers arrived October 1, 1883 in New York, it is possible that it was only the 2nd transatlantic voyage for the ship.
posted 4 Aug 2015 by Kelly (O'Neill) Gottsponer   [thank Kelly]
Login to add a memory.
Is Christian your ancestor? Please don't go away! 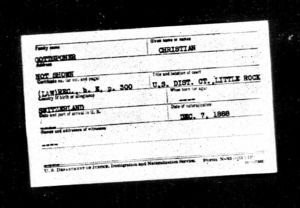 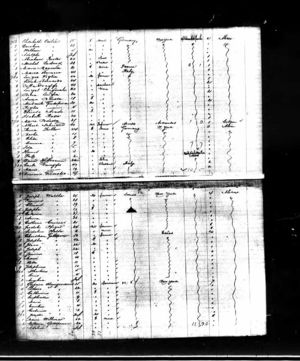 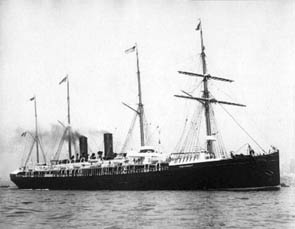