Percy Grainger was a world-famous composer and pianist. Perhaps his best known work was his piano arrangement of "Country Gardens."[1]

He was naturalized as a citizen of the United States in 1918. His naturalization papers give his name as George Percy Grainger. He was born 8 July 1882 in Melbourne, Australia. He emigrated to the United States on 1 September 1914, arriving in New York City. [4]

Percy was greatly affected by his mother's suicide, which occurred 30 April 1920. Apparently, she jumped from the widow on the 13th floor of the Aeolian Hall Building in New York City.[5]

Grainger was known by pops concert-goers for such works as "Molly on the Shore," "Shepherd's Key," "Country Gardens," and "Handel in the Strand."

He was also a concert pianist, having appeared in public for the first time at the age of 10 as a child prodigy.

He used the name Percy Aldridge Grainger, but he was born George Percy Grainger in Melbourne, Australia, July 8, 1882. He went to England in 1900, and came to the United States in 1915 and remained. He had a home in this New York City suburban community.

Is Percy your ancestor? Please don't go away!

ask our community of genealogists a question.
Sponsored Search by Ancestry.com
DNA
No known carriers of Percy's ancestors' DNA have taken a DNA test. 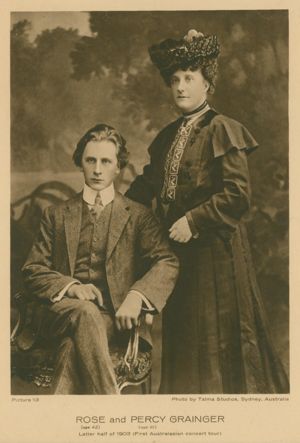 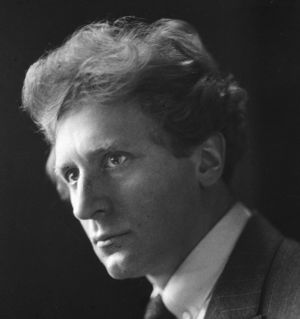