Ida was born in 1865 in Zlata Pola, Russia, a misspelling of Zlatopol (or Zlatopil, "Golden Field") in the Russian Empire (District Chigirin, Province Kiev until 1900). Her father's name was Moshe or משה.[1] Zlatopol before WWII was a prosperous Jewish shtetl.[2]

By his own account, Isaac left Ida in 1926, gathered his ponies and dog King and traveled the country until he died in 1945 in California.

By 01 April 1930, Ida was living with her married daughter Tina Fishman[6] and in 1940 they were living at 4825 W. Wellington Ave, Chicago, Illinois. [7] Ida died 23 Aug 1941. Her death certificate lists her birthplace as Zlatapola, Russia and her father as Morris Granowsky. Her son Morris (Maurice) was the informant. Ida was buried two days later (25 Aug 1941) in one of the Leenas Hatzedek Cemeteries in the Waldheim Jewish Cemetery in Forest Park, Illinois. At the time of her death she was listed as married, i.e., Isaac was still alive. [8]

In a typed letter of 1993, Althea Lubersky relates the following: Ida and Bluma

"escaped separately from Lithuania through Latvia to America in the early 1800's before the takeover y the Russians. They were helped financially by their brother, who was a forester in Turkey. Ida was only 16 when a priest guided her through swamps, getting her across the border into Latvia and onto a ship bound for America, where Bluma had gone before her"
"...Anna was born in Vilnius, Lithuania. She married Aaron Lubersky.... Aaron's parents were successful farmers in southern Ukraine, near Odessa. In about 1800 or earlier, Aaron and Anna left Ukraine and boarded a ship to America. Aaron was the age to be drafted into the Czar's army, wher a Jewish boy had little chance of survival--he didn't have to worry about the danger from the enemy armies, because this was the day of pogroms. Aaron and Anna took with them jewelry, silver, and furniture, but the ship ran into bad weather at sea and everything had to be jettisoned."
"Their children were all born in America: Tillie Price (son Dick); Isadore (daughter Lenore Burlison, sons Al and Bill, daughter Lois Kirkendall); Mae Blum (son Harvey); Alexander; and Rose Merwin. Aaron and Anna Lubersky settled for a time on a farm in Tennessee and later on a farm in Michigan, but he was apparently not a very good farmer and they moved to Chicago."

This reference to the birth of a child in February 1888 is problematic because we can confirm the birth of daughter Tina in March 1888. Ida had a child, Taube, who evidently did not survive. Taube was born on 25 Feb 1888.[9]

Gravestone The first line reads (right to left): Here lies Chaya daughter of Moshe. The second line begins with the date of death (day/month/year: ___ Elul (August) 5701) followed by the standard abbreviation of the Bible passage from the first book of Samuel 25:29 ( ת נ צ ב ה "May his soul be bound up in the bond of eternal life").

Is Ida your ancestor? Please don't go away!

ask our community of genealogists a question.
Sponsored Search by Ancestry.com
DNA
No known carriers of Ida's DNA have taken a DNA test. 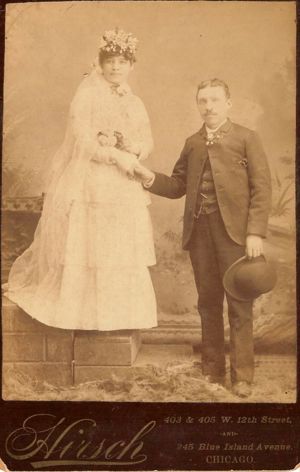 Ida Sachs with grandchildren about 1927 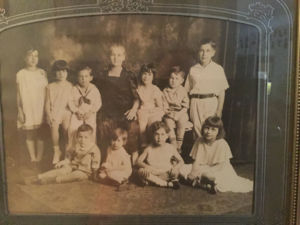 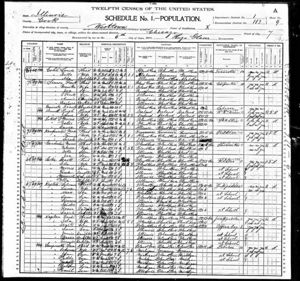 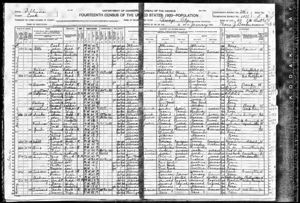 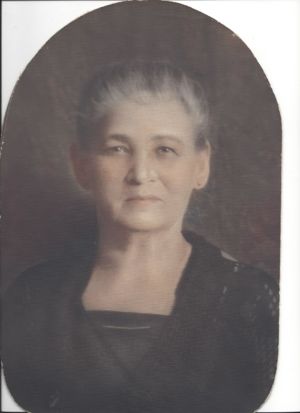