This profile is part of the Grant Name Study.

President Grant was born Hiram Ulysses Grant April 27, 1822, son of Jesse Root Grant and Hannah Simpson. Through a mistake in paperwork at West Point he was dubbed, "Ulysses Simpson Grant." Thus the nickname US Grant.

US Grant is most noted for his defeat of the Confederate States of America and the subsequent surrender of Robert E Lee at Appomattox Court House and for becoming the 18th President of the United States of America.

So much has been written about his life . There is too much to be handled in a short biography. He compiled his memoirs, while somewhat favorable to him, is in my opinion the best resource.

ULYSSES S. GRANT was born on April 27, 1822 in a two-room log cabin in Point Pleasant in southwestern Ohio. His father, Jesse Root Grant, born January 23, 1794, near Greensburg, Pennsylvania, was a tanner and made a great deal of money. His mother, Hannah Simpson Grant was born November 23, 1798, in Montgomery, Pennsylvania. He was born Hiram Ulysses Grant, and became known as Ulysses Simpson Grant when U. S. Congressman Thomas L. Hammer of Ohio mistakenly erred on his application in securing Grants admission to the U.S. Military Academy at West Point in 1839.

Growing up, Grant was the son of a frontier family living in Georgetown, Ohio. He worked his father’s farm, but was not fond of the work in his father’s tannery, choosing to do anything else. At eight and a half years, he became a regular driver, using his father’s team to haul wood and at ten he drove a pair of horses to Cincinnati to bring back a load of passengers. He excelled at horsemanship and mathematics at West Point but when he graduated in 1843, he was 21st in a class of 39. He was assigned to infantry duty on the southwestern frontier and for two years he served in various posts in Missouri and Louisiana. While in Missouri, Grant met Julia Dent, the sister of a West Point classmate, whose family had a plantation near St. Louis. When he left, he gave her his school ring and the two were married four years later on August 22, 1848. They had four children, three boys and a girl and were a very devoted couple throughout their lives together.

Grant fought in the Mexican War (1846-1848) but had little heart for the campaign. Grant served at army posts in Detroit, Michigan and Sackets Harbor, New York. In 1852 he was transferred to the Pacific Coast and this duty left him homesick and isolated and missing his young family. He grew morose and started drinking heavily and he quarreled with his commander. Two months later, he was made to resign having reached the rank of captain. In August 1854 he returns to Missouri and starts working a 60-acre farm near St. Louis that his father-in-law had given to Julia. He builds a home, sells wood in St. Louis and unable to turn a profit, he is forced to pawn his pocket watch and chain in 1857 to buy his family Christmas presents. In 1858, he enters a real estate and property management business partnership with one of Julia’s cousins. This too did not work out as he was incapable of collecting the back due rents and was frequently late for work. He moved his family to Galena, Illinois and accepted a job as a clerk in his brother’s leather shop, living comfortably in a snug house overlooking a cemetery. At about this time, the Civil War broke out and Grant applied to serve as an officer when a call for troops went out.

On June 17, 1861, Grant is appointed a Colonel of the 21st Illinois Infantry and in August he is appointed Brigadier General. His first engagement as a General was the Battle of Belmont, Missouri and three months later aided by Commodore Andrew H. Foote, he captured Fort Donelson and Fort Henry. These were the first major Union victories of the war. The victory won Grant a promotion to Major General volunteers.

Two months later, in April 1862, the Battle of Shiloh caught Grant unaware of a Confederate attack as he waited for General Buell and the Army of the Ohio. He had not fortified his position and his forces suffered severe losses before Buell arrived and turned back the attack. In the fall of 1862, Grant began planning the drive on Vicksburg, Mississippi, the Confederate stronghold that would be one of his greatest military successes. On July 4, 1863, after a siege lasting months, the confederate General John C. Pemberton surrendered his 30,000 men to Grant. The same day the Union victory at Gettysburg, Pennsylvania brought great joy to the North. Grant was made a Major General in the regular army.

During the summer of 1863, Grant was recovering from a fall from his horse and spent his time with his family in a house near Vicksburg. He was bedridden for weeks and was on crutches until mid-fall. On October 22, 1863, he took command at Chattanooga, Tennessee and was victorious in the Battle of Chattanooga, forcing the Confederates to retreat into Tennessee. In March of 1864, he received his commission as Lieutenant General from President Lincoln and on March 12 he is appointed General in Chief of all United States Armies.

From the middle of June 1864 until early April 1865, Grant besieged Petersburg, the railroad and supply link between Richmond and the rest of the South. He cut Lee’s transportation lines and sent out flanking expeditions against Southern forces. Grant slowly starved out Lee’s men, and on April 9, 1865, Lee surrendered to Grant in the McLean House in Appomattox, Virginia. When the Union soldiers got too impassioned, Grant showed his great decency and delicately quieted them, saying “The war is over, the Rebels are again our countrymen, and the best sign of rejoicing is to abstain from all demonstrations in the field.” In his memoirs, Grant said that he felt no exultation on the surrender, rather he felt sad and depressed for the foe that had suffered so much for a cause. Grant is mentioned on several occasions in Col. Stephen Russell Clark's letters to his wife Del. It appears they were side by side during the besiege of Petersburg and surrendering of Lee at the Appomattox as Col. Clark was with the Ohio 13th O.V.C.

In 1866, Grant was given the grade of full general, a rank held only by George Washington previously. He supervised the demobilization of the army and he administered the reconstruction of the South. Because of his great popularity as a war hero, Grant was launched on a career in politics and on May 21, 1868, the republican National Convention that was meeting in Chicago nominated him as a candidate for President. He was unanimously nominated, with House Speaker Schuyler Colfax as his running mate. Grant did no active campaigning and easily won the presidency, receiving 214 electoral votes to his opponent’s 80.

However, the war hero proved a poor chief executive, filling many government posts with corrupt or incompetent relatives and friends. Although personally honest, he drew criticism for accepting expensive gifts and his two terms as President were plagued by scandals. However, the president remained loyal to his friends, almost regardless of what their conduct had been or of how seriously they had damaged his reputation.

His followers planned to nominate him for a third term in 1876, but the leaders of the Republican Party opposed his re-nomination. Grant left office in Match 1877, with a few thousand dollars saved and a desire to see the world. On May 17, he sailed with his family on the first leg of an around the world journey. He was well received everywhere, not as the former president of the United States, but as the Civil War hero. After two years of travel, he returned home and in June 1880 he was unsuccessful in securing the Republican nomination for President. It is difficult to know whether he actually coveted the Presidency again, though his wife, Julia certainly wanted to return to the White House. His friends and sons were convinced he didn't care and the evidence shows they were correct.

On December 24, 1883, Grant slipped on the pavement outside his home while handing a cab driver a $20 bill. He falls heavily on is side and suffers a serious injury to his hip, remaining bedridden for weeks and walking with a cane or crutches for the rest of his life. The brokerage firm that he had invested in failed in May 1884 and Grant lost his family’s fortune, begging for a personal loan from William Vanderbilt, which he eventually repaid with his war trophies and uniforms. The failure plunged Grant into a prolonged depression and in September he is diagnosed with cancer of the throat. The cancer spreads and he is only able to swallow liquids in small portions, the pain is unbearable but he works on his Memoirs in an effort to provide for his family after his death. He finishes his Memoirs on July 19, 1885, by this time he is down to 120 pounds and is so weak he sometimes falls from his chair.

Stan provided permission to use this material

Sponsored Search by Ancestry.com
DNA Connections
It may be possible to confirm family relationships with Ulysses S. by comparing test results with other carriers of his Y-chromosome or his mother's mitochondrial DNA. Y-chromosome DNA test-takers in his direct paternal line on WikiTree: 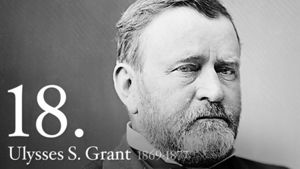 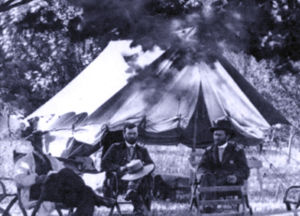 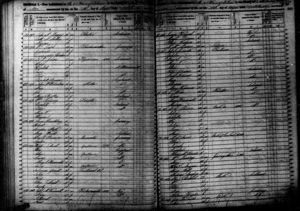 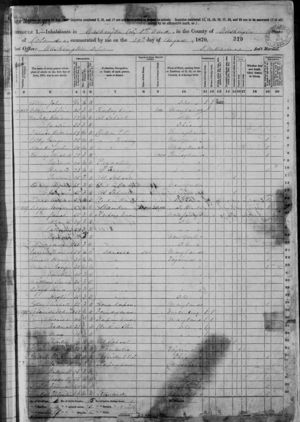 Skye Sonczalla
I would love to see you incorporate a page I created on Wikitree into this profile: Col. Stephen Russell Clark's letters to his wife Del Col. Clark mentions Grant several times in his letters. It appears they were side by side during the besiege of Petersburg and surrendering of Lee at the Appomattox as Col. Clark was with the Ohio 13th O.V.C. I am currently working on identifying other names mentioned in the letters.
posted Nov 22, 2016 by Skye Sonczalla

Matt Pryber
I was nominate this for the profile of the week for the Civil war theme if youd be willing to make it open simply for the week.
posted Jul 25, 2014 by Matt Pryber
Ed Poor
Just want to say Hooray!! someone got his real first name correct
posted Nov 20, 2013 by Ed Poor