Šųkcąjᵋxocka was born about 1831. He was the son of Hųgᵋxų́nųga Little Priest. He passed away after 1876.

Gray Wolf was a medicine man or priest. (Smith) He later became a chief and in 1876 was described as one of "the three leading Chiefs of that tribe." (Editorial)

"After the wake and burial [of Little_Priest-1,] his brother Chief Grey Wolf, a medicine man, called a council of all 12 clans and proposed a celebration in honor of his death and all the warriors who fought with Company A, Omaha Scouts; Nebraska Volunteers. The first celebration, called Pow-wows were held at the Big Bear Village a few miles west of the Missouri River. Around 1885, the celebration moved to the Red Leggs Village of Whirling Thunder, which is about 6 miles southeast of the present town of Winnebago. Over the years, the Pow-wows moved wherever the Winnebago’s moved." (Smith)

Is Šųkcąjᵋxocka your ancestor? Please don't go away!

ask our community of genealogists a question.
Sponsored Search by Ancestry.com
DNA
No known carriers of Šųkcąjᵋxocka's ancestors' DNA have taken a DNA test. 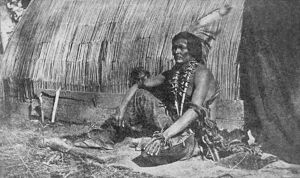 A Stereograph of Gray Wolf Standing by His Lodge at Blue Earth, Minnesota, between 1855 and 1863 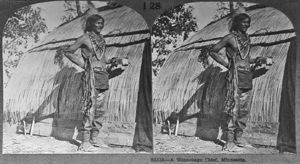 A Stereograph of Chief Gray Wolf, by Illingworth