Mrs Alice Greentree, 83, died at
the home of her daughter and
son-in-law, Mr and Mrs T. Brad-,
ley, of Wyong Creek, yesterday,
Mrs Greentree, had been living at
Wyong Creek since the death of
her husband two months ago. The
funeral, conducted by Mr R. H.
Creighton, of Gosford, will leave
Mr and Mrs Bradley's home today
for Yarramalong General Ceme-
tery.[5]

IN the Will of ALICE EMILY GREEN-
TREE late of Gorohan in the State
of New South Wales Widow deceased.
Application will be made after 14 days
from the publication hereof that Probate
of the last Will and Testament dated
the 9th July 1945 of the abovenamed
deceased may be granted to Reuben
Frederick Greentree and Jonathan Saul
Greentree the Executors named In the
said Will and all notices may be served
at the undermentioned address. All creditors In the Estate of the said de-
ceased are hereby required to send in
particulars of their claims to the under-
signed J. J. WATKINS A LAWS, Proc-
tors for the Executors Railway Street
Wyong. By their Agents. DETTMANN
AUSTIN & MACLEAN, Solicitors, 28
Martin Place, Sydney.[6]

ask our community of genealogists a question.
Sponsored Search by Ancestry.com
DNA Connections
It may be possible to confirm family relationships with Emily by comparing test results with other carriers of her mitochondrial DNA. However, there are no known mtDNA test-takers in her direct maternal line. It is likely that these autosomal DNA test-takers will share some percentage of DNA with Emily: 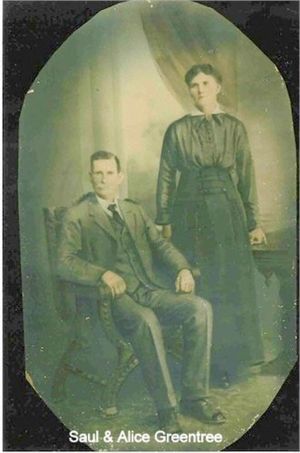 M. Lohmeyer
Green-17242 and Green-35 appear to represent the same person because: Hi, I am also a descendent of Alice Emily GREEN and have further information on her that I'd like to add - including merging our profiles to ensure there is no double-up. I have her birthday as 15 Oct, not 1 Jan! Is 1. Jan just an artefact of putting in just the year?