Maj. Gen. Nathanael Greene was a Founding Father in the American Revolution

Nathanael Greene (August 7 [O.S. July 27] 1742 – June 19, 1786, frequently misspelled Nathaniel) was a major general of the Continental Army in the American Revolutionary War. When the war began, Greene was a militia private, the lowest rank possible; he emerged from the war with a reputation as George Washington's most gifted and dependable officer. Many places in the United States are named for him. Greene suffered financial difficulties in the post-war years and died suddenly of sunstroke in 1786.

Before the American Revolutionary war

Nathanael was the son of Nathanael Greene (1707–1770), a Quaker farmer and smith, and the great great grandson of John Greene and Samuel Gorton, both of whom were founding settlers of Warwick, Rhode Island.[1] Nathanael was born on Forge Farm at Potowomut in the township of Warwick, Rhode Island, on August 7, 1742 new style. His mother, Mary Motte, was his father's second wife. Though his father's sect discouraged "literary accomplishments," Greene educated himself, with a special study of mathematics and law. The Rev. Ezra Stiles, later president of Yale University, was a strong influence in the young Nathanael's life.

In 1770, Greene moved to Coventry, Rhode Island, to take charge of the family-owned forge (foundry), just prior to his father's death. There, he was the first to urge the establishment of a public school and in the same year he was chosen as a member of the Rhode Island General Assembly, to which he was re-elected in 1771, 1772 and 1775. It is debatable that he was a member of the General Assembly since there is no mention of his participation in his personal papers and because there were several of his contemporaries with the same name from Rhode Island. He sympathized strongly with the "Whig," or Patriot, element among the colonists

In about 1993 we visited the home in which Nathanael was born. This home was then owned by Thomas Greene and his mother Anne Greene. This Thomas Greene is not a lineal descendant of Nathanael's.

July 27, 2001 we helped celebrate Nathanael's 259th birthday at "The Forge", Potowomut, East Greenwich, Rhode Island where he was born.

We have one volume of his books of letters. JGP

1776 Promoted to the rank of Major-General

Sponsored Search by Ancestry.com
DNA Connections
It may be possible to confirm family relationships with Nathanael by comparing test results with other carriers of his Y-chromosome or his mother's mitochondrial DNA. However, there are no known yDNA or mtDNA test-takers in his direct paternal or maternal line. It is likely that these autosomal DNA test-takers will share some percentage of DNA with Nathanael: 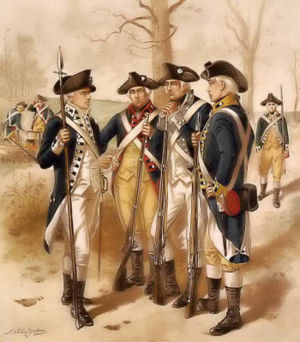 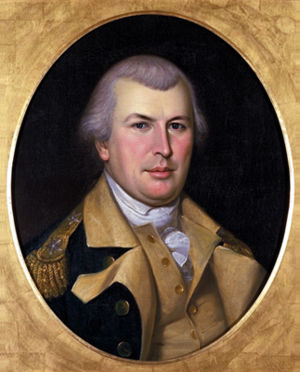 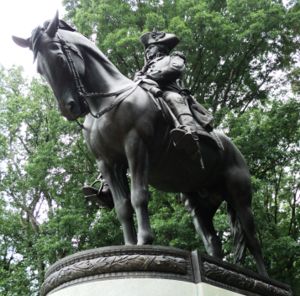 DAR Monument at the Battle of Eutaw Springs 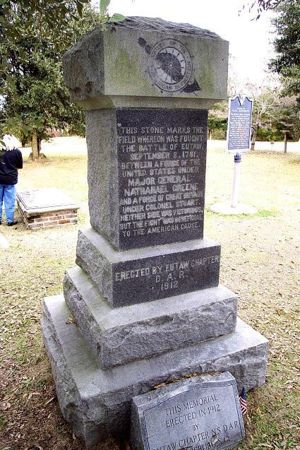 Maureen Deegan
Curious to see if there are any proven living descendants of Gen. Greene?
posted Jul 15, 2021 by Maureen Deegan

Beryl Meehan
Perhaps his 1776 sticker needs to be updated ?

May 12, 1780, the 2nd NC Regiment surrendered 301 men to the British Army at the Fall of Charlestown, SC. Reconstituted from April to July of 1781, with detachments being hurriedly sent to South Carolina to support Maj. Gen. Nathanael Greene. As men were recruited, they were assembled and marched southward, usually with no uniforms and with no arms or ammunition. Ultimately, the 2nd NC Regiment again became part of the NC Brigade (one and only one), an element of the Southern Department. https://www.carolana.com/NC/Revolution/revolution_nc_second_regiment.html

What is your line of descent from Nathanael Greene?